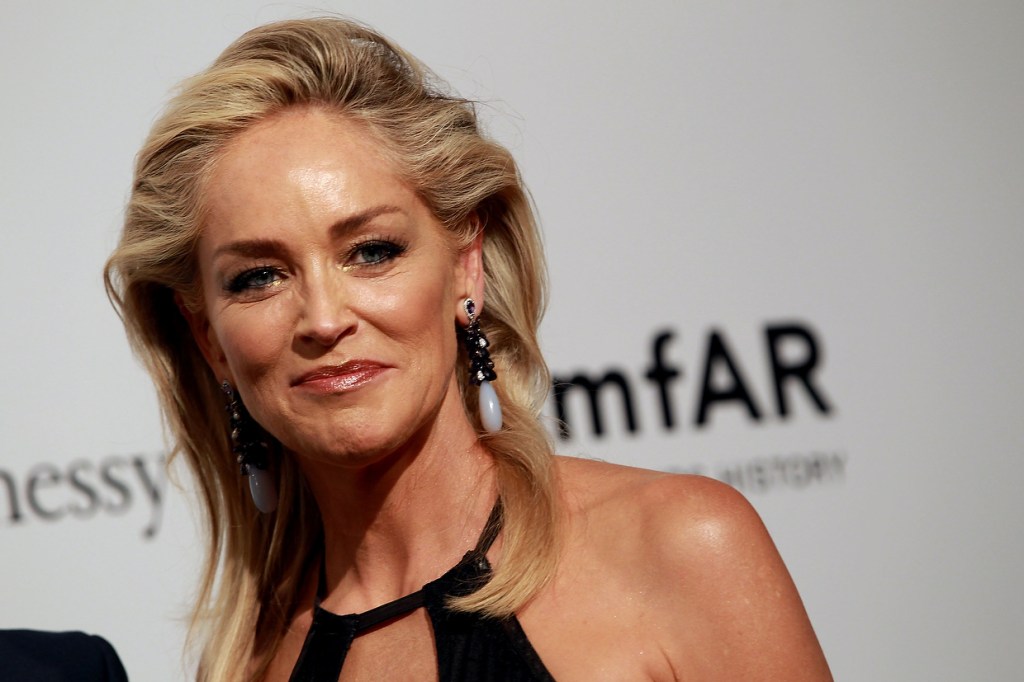 After recently opening up to a magazine about looking for love, Sharon Stone may have found it.

Or if not love, the 63-year-old “Basic Instinct” star may have found a way to have some fun this summer, in the company of RMR, an up-and-coming 25-year-old rap star.

Reports say that Stone has been dating the rapper for the past several months, with Page Six saying the two have been “canoodling” at parties and have gone on “several dates” this past month at hotspots in Los Angeles.

“She’s definitely having a hot girl summer,” a source told Page Six about her time with RMR, whose signature look is to wear a ski mask over his face. “They were together hanging out with Drake’s (artist) PND, and they were canoodling and popping bottles.”

“They were dancing to hip-hop. Chris Brown was also there,” Page Six reported.

A representative for Stone told the Daily Mail they had “no comment” on the subject.

The Daily Mail said there are photos to suggest that “romance is in the air” — or a very affectionate friendship at the very least. One photo shared to Instagram shows the rapper, who originally is from Atlanta and whose real name is unknown, with his arm around Stone. In another shot, she is wearing one of his ski masks.

Even though Stone is decades older than RMR, he thinks she is “cool as (expletive),” the source said. He has “respect” for the former model who broke through in the 1990s with her iconic performance as the confidently sexy and forthright alleged serial killer in “Basic Instinct.”

“They’re enjoying each other’s company right now and hanging out,” the source added. “They’re having a great time together. They’re on the same frequency, and it’s a very unique friendship.”

The Daily Mail reported that RMR, who now lives in Los Angeles, rose to fame with his 2020 song “Rascal.” He has signed with Warner Records and has worked with Jamie Foxx and Amber Rose on his music videos.

Stone, the mother of three sons, ages 14 to 21, recently told Entertainment Tonight: “I’m looking for someone who wants to have a caring and compassionate and loving relationship, like anybody else.”

The Oscar nominee also was open about looking for men to date on the dating app Bumble in 2019. That’s when she discovered her account had been shut down because some users couldn’t believe that the world-famous sex symbol would use a dating app so, therefore, her account had to be fake.

I went on the @bumble dating sight and they closed my account. 👁👁
Some users reported that it couldn’t possibly be me!
Hey @bumble, is being me exclusionary ? 🤷🏼‍♀️
Don’t shut me out of the hive 🐝

Stone was previously married to TV producer Michael Greenburg in the 1980s and to Phil Bronstein, the former executive editor of the San Francisco Chronicle, from 1998 to 2003. During the marriage, Stone lived part of the time in San Francisco.

The University of Plymouth, the AHSN Network and Boehringer Ingelheim, has launched evidence-based recommendations to drive inclusive digital health … END_OF_DOCUMENT_TOKEN_TO_BE_REPLACED

This year’s Rising Stars of Private Equity has been published at a time of great uncertainty for the sector, as the young professionals on our list … END_OF_DOCUMENT_TOKEN_TO_BE_REPLACED

If you know of local business openings or closings, please notify us here.PREVIOUS OPENINGS AND CLOSINGS· Air Products and Chemicals Inc.'s chosen … END_OF_DOCUMENT_TOKEN_TO_BE_REPLACED