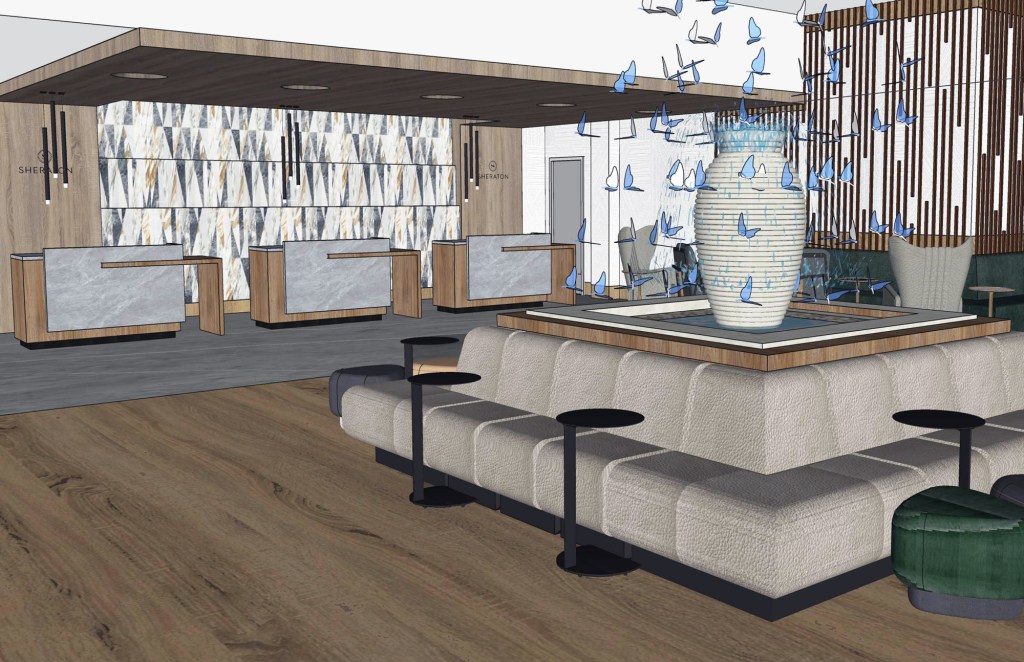 R.D. Olson Construction has launched a remodel of the Sheraton Park Hotel at the Anaheim Resort.

The retooling of the hotel, which was built in the 1970s, will include modernized guest rooms and improvements to the common areas.

Sheraton Park Hotel, at 1855 South Harbor Blvd. near the Anaheim Convention Center, was recently acquired by Taconic Capital Advisors and is within walking distance to Disneyland Resort.

“We have extensive experience conducting renovations while hotels remain fully operational and look forward to partnering with Taconic Capital to complete this revitalization project while guests continue to enjoy all that the hotel has to offer,” said Bill Wilhelm, president of R.D. Olson Construction.

Charles L. Black III is the newest principal at Luxury Hotel Advisors, a boutique luxury hotel advisory and acquisitions firm in Newport Beach. He previously was a managing director of Compass Real Estate’s luxury division in Southern California. LHA is opening a Beverly Hills office, the first in a planned expansion to major U.S. cities. Black will be based in the new Beverly Hills office. He previously worked as executive vice president of Hilton & Hyland in Beverly Hills and as director of sales and marketing for Montage Hotels & Resorts.

The awards recognize performance in real estate by teams and people working in the Orange County market.

The 2020 SPIRE Awards did not take place because of the pandemic. The 2021 event will announce the finalists and winners for the 2019 and 2020-2021 nomination periods.

Nominations will be accepted through 5 p.m. Sept. 3. To nominate an individual or team, or to get more information regarding the event or sponsoring the SPIRE Awards Gala, go to crewocspireawards.com.

Winners will be announced at the awards gala, which will take place Oct. 15 at AV in Irvine.

Philanthropic program gets a new name

Real estate transactions, leases and new projects, industry hires, new ventures and upcoming events are compiled from press releases by contributing writer Karen Levin. Submit items and high-resolution photos via email to Business Editor Samantha Gowen at sgowen@scng.com. Please allow at least a week for publication. All items are subject to editing for clarity and length.

Posts on Truth Social in which users call for civil war and advocate for violence against the FBI remained online Friday, some of them days after they … END_OF_DOCUMENT_TOKEN_TO_BE_REPLACED