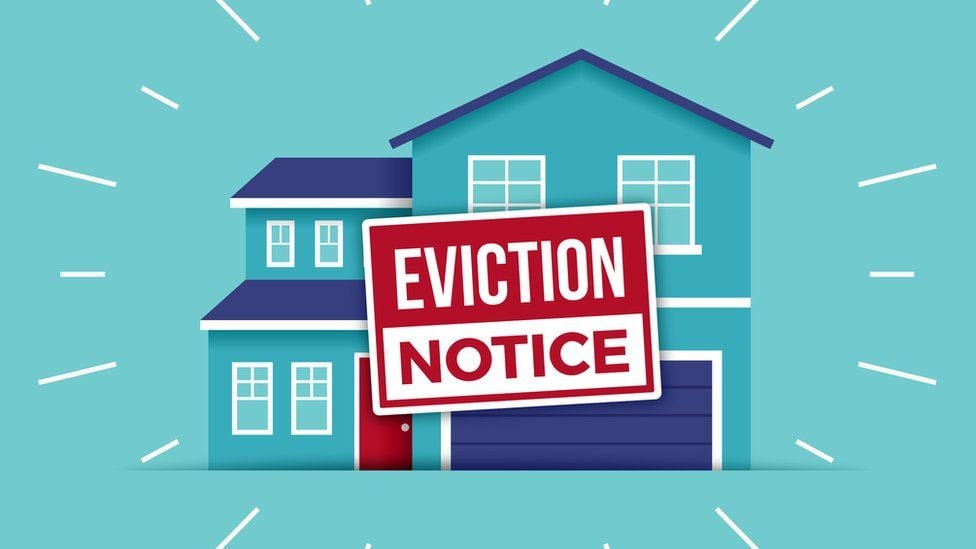 With the federal moratorium on evictions set to be lifted at the end of this month, housing industry experts have warned that only a fraction of the $45 billion in rental assistance allocated by Congress has actually been passed on to renters that need it.

CNBC said the first $25 billion of that assistance had been disbursed to states by the U.S. Treasury Department in February. Congress then allocated another $21 billion in aid in March, and $8.6 billion of that has already gone to various stats.

But government data shows that just $1.5 billion of the total had actually reached renters by the start of June. That money was distributed to just 176,000 households, CNBC reported this week.

So it means there are still thousands of desperate renters waiting for money promised to them to be able to pay their rent.

With the ban on evictions set to end in two weeks, the slow pace of distribution could have some painful consequences. Data from The Center on Budget and Policy Priorities shows that around 11.5 million people in the U.S., or around 16% of renters, have fallen behind on their rental payments.

“The number of adults saying their household is behind on rent has been pretty steady since March, which is probably partly related to the slow rollout of emergency rental assistance,” said Alicia Mazzara, a senior research analyst on the housing policy team at the Center.

Once the evictions ban expires, a handful of states including Minnesota and Nevada will continue to block evictions of renters who have an application for rental assistance that’s pending. But most other states will not offer struggling renters a stay of execution beyond the end of the month, which means they could soon find themselves out on the street.

One reason for the slow distribution of funds is that many local authorities have made the application process too complex, housing advocates say. The National Low Income Housing Coalition’s vice president of research, Andrew Aurand, told CNBC that one application he saw was 45 pages long. He added that another applicant had been asked to document their income for the last six months.

Dan Rose, an assistant professor of sociology at Winston-Salem State University and an organizer with Housing Justice Now, said some public officials are more worried about preventing fraud than helping people who need it.

“They’re more concerned about so-called scammers getting this money than the are about the people who truly need it, so they have made it nearly impossible for anyone to get it,” Rose said.

It’s not just renters, but landlords who are suffering.

Greg Brown, senior vice president of government affairs at the National Apartment Association, told CNBC that getting rental assistance to people is the only sustainable solution for the housing industry. “But across the nation, hundreds of individual programs with vastly different rules are distributing the rent relief funds with different levels of success,” he said.

A spokesperson for the Treasury Department told CNBC that they expect upcoming data will show that many more people have since received rental assistance. He added that the rollout was made more difficult by the lack of existing infrastructure in place to distribute the aid, which meant states and towns were forced to create new programs.

But Rose said he is concerned that as the eviction ban expires, those programs will quickly become overwhelmed.

“While cities and counties nitpick these applications massive numbers of people are going to be displaced,” he said.

By Rajesh Rege Until very recently, sustainability did not gain currency as a defined corporate objective across a majority of industrial sectors. … END_OF_DOCUMENT_TOKEN_TO_BE_REPLACED

The revelation that a cryptocurrency lobbyist donated £500,000 to the Conservative Party two months before the government pledged to turn the UK into … END_OF_DOCUMENT_TOKEN_TO_BE_REPLACED

WASHTENAW COUNTY – An indoor saltwater pool, vaulted ceilings and rolling hills are the highlights of a spacious 14,000-square-foot estate in between … END_OF_DOCUMENT_TOKEN_TO_BE_REPLACED