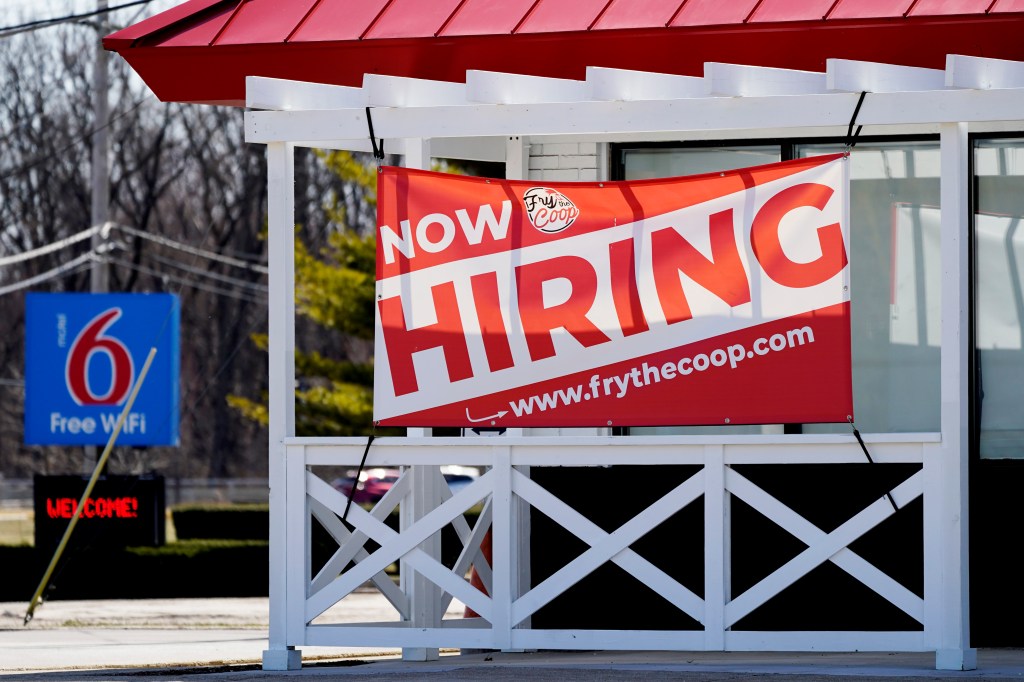 Washington is in the process of spending more than $6 trillion to rescue an economy that doesn’t need rescuing. A look at U.S. economic data shows just how insane this spending plan is.

The $1.9 trillion American Rescue Plan, passed in March, was marketed primarily as economic stimulus. The Washington Post dubbed it “among the largest economic stimulus packages in U.S. history.”

The White House touts the American Jobs Plan, which it says will cost $2.3 trillion, as necessary to “reimagine and rebuild a new economy.”

The White House says the American Families Plan, with a touted price tag of $1.8 trillion, is needed to “build a stronger economy.”

No one in the White House, or congressional leadership, seems to have noticed that the economy is growing faster than a politician can run to a TV camera.

“This economy isn’t coming back. It is back,” Tom Gimbel, founder and CEO of LaSalle Network, a Chicago-based recruitment firm, told CNBC in April. “I tell you this is the most optimistic job market I’ve ever seen. The only thing that causes it not to be great is COVID.”

Rather than a shortage of jobs, the United States has millions of unfilled openings.

The low point in new job postings was in May 2020. Since then, hiring has exploded to the point that April ended with almost 50% more new job listings than in February 2020, before the pandemic began, according to data compiled by Linkedin and reported by CNN Business.

The economy was already recovered before Biden and the Democratic-controlled Congress passed the first of their three-part, $6 trillion economic rescue package.

The primary weakness in the economy is not hiring or investment, but labor market participation. Desperate to fill more than 7 million job openings, businesses are raising wages, holding job fairs, offering signing bonuses.

A May analysis by Bank of America calculated that 4.6 million Americans left the labor force because of the pandemic, but projected that only half will return by year’s end.

Fear of catching COVID-19, and the ability to rely on extended federal Unemployment Insurance payments, were the top two reasons millions won’t return to work this year, according to the bank’s economists.

“Our estimates suggest that those who previously made less than $32,000 would be better off in the near term to collect UI benefits than work,” they reported.

The Biden administration asserts flooding the economy with federal taxpayer money will stimulate growth. But studies of Biden’s plans by the University of Pennsylvania’s Wharton School of Business concluded any short-term stimulus effects will wear off and then be outweighed by the negative effects of government spending fueled by higher debt and taxes.

In sum, Washington plans to spend more than the entire federal budget (which is roughly $6.5 trillion) to rescue an economy that is already recovered, with the ultimate effect that the “rescue” will shrink the economy in the long run.

In technical parlance, the word for this is “insane.”

Andrew Cline is president of the Josiah Bartlett Center for Public Policy, a free-market think tank in New Hampshire. He was editorial page editor of the New Hampshire Union Leader for 14 years.

NASSAU, Bahamas — Last year, an FTX executive walked into a bank office here and put $4.5m of the company’s money behind an ambitious plan to buy an … END_OF_DOCUMENT_TOKEN_TO_BE_REPLACED

The board of the Insurance Regulatory and Development Authority of India (IRDAI) on Friday approved a host of proposals, involving private equity … END_OF_DOCUMENT_TOKEN_TO_BE_REPLACED