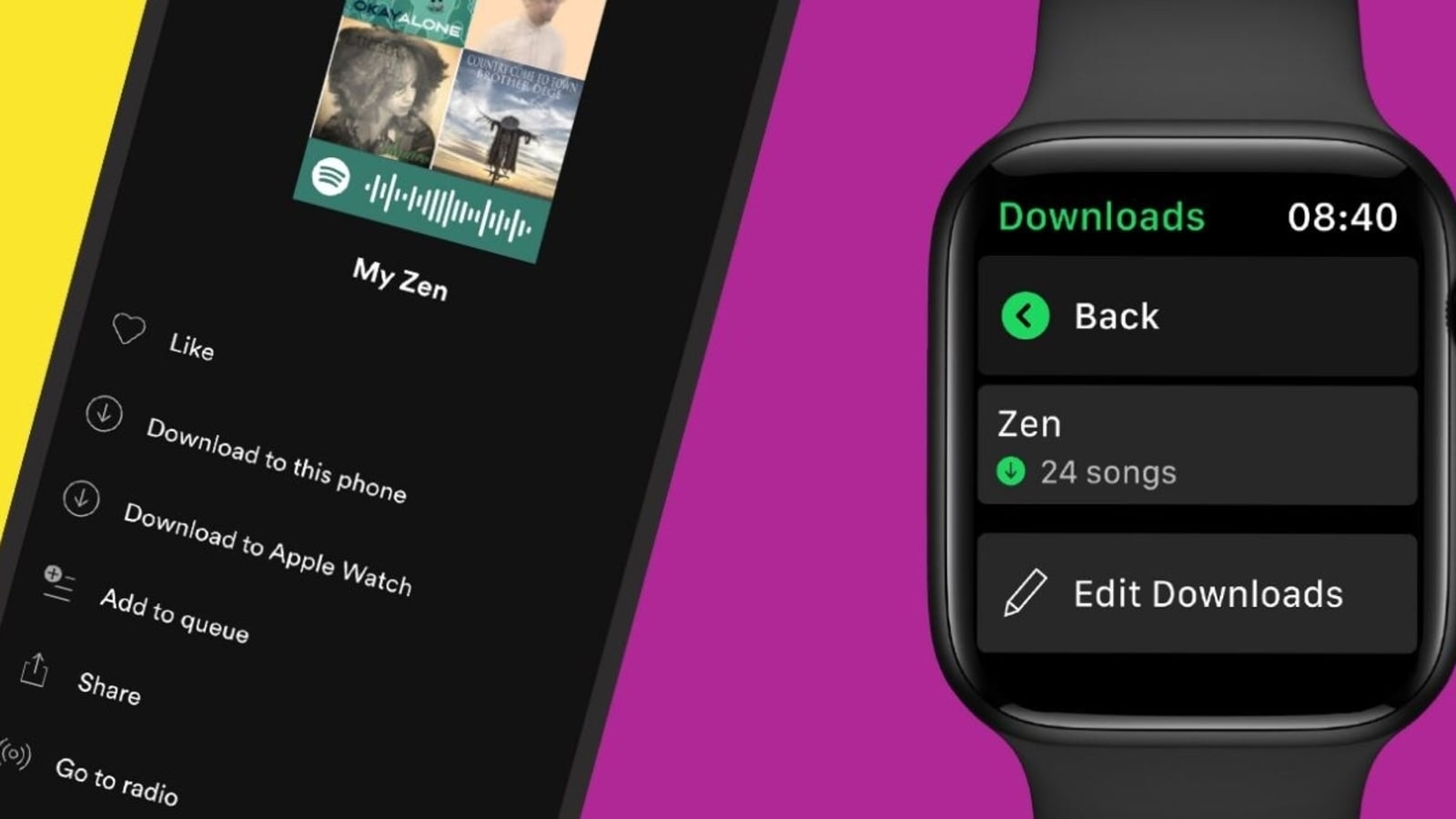 Spotify today announced that it is rolling out the ability to download playlists, podcasts and albums on Apple Watch. This feature will enable users to access their favorite audio content even when their smartphones aren’t around.

“All users are already able to play tracks, albums, playlists, and podcasts, and now Premium users will also be able to download everything they’re listening to for a true offline and phone-free experience,” Spotify wrote in a press release.

The only caveat is that users will require Apple Watch Series 3 or later running on WatchOS 6.0 or later with a Spotify Premium account and latest version of the Spotify app to use this service. The company said that it has started rolling out this feature on Apple Watch and that it should be available to users globally in the coming weeks.

Here’s how you can download and listen to music from Spotify on your Apple Watch:

Step 1: Find the music or podcasts that you want to download on your Apple Watch.

Step 2: Select the playlist, album, or podcast and press the three dots and choose the “Download to Apple Watch” option.

Step 3: To check on the progress, head over to the Downloads section on the Apple Watch.

Step 4: Once playlists, albums, or podcasts in your library are downloaded, you’ll see a little green arrow next to their names.

The UK tech community has reacted with an outpouring of shock and sadness upon learning that Tech Nation, the entrepreneur network that has supported … END_OF_DOCUMENT_TOKEN_TO_BE_REPLACED

© APFedEx will cut more than 10 per cent of its global leadership team, adding to the more than 12,000 employees it has shed over the past seven … END_OF_DOCUMENT_TOKEN_TO_BE_REPLACED

The Westfield Town Council voted 7-1 on Tuesday to introduce an ordinance that allows for a downtown redevelopment plan to move forward.It will next … END_OF_DOCUMENT_TOKEN_TO_BE_REPLACED