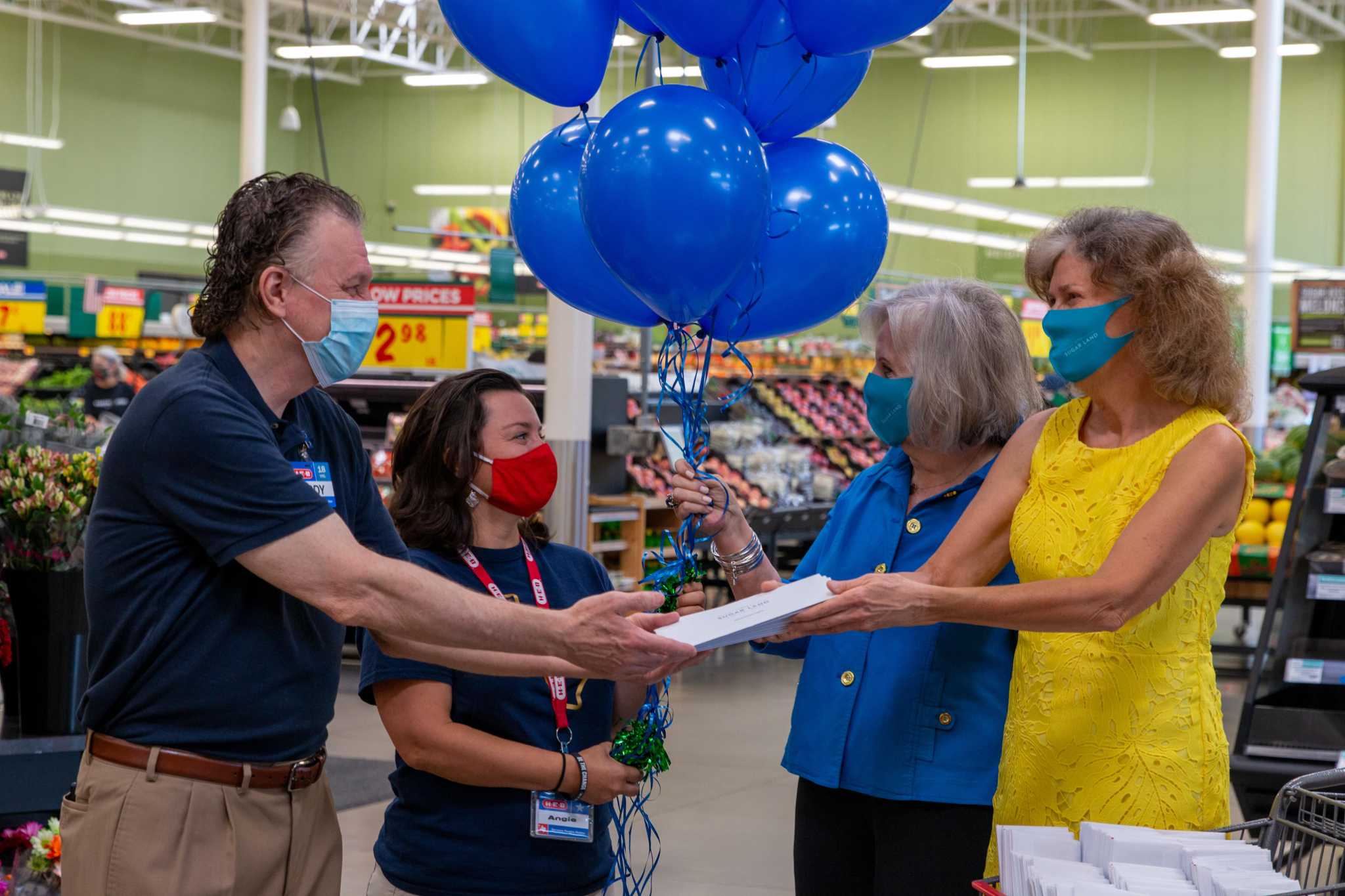 The city of Sugar Land knew right away that the local economy would need help as the pandemic started last year and people were told to stay home.

Through its #AllInForSLTX campaign, Sugar Land has spent roughly $500,000 to bolster area businesses, and further projects are in the works.

On HoustonChronicle.com: Fort Bend County program aims to hire up to 250 young people this summer

“We didn’t know what it was going to look like but that we would have to do something to support our business community in ways we never had before,” said Elizabeth Huff, Sugar Land economic development director.

She said providing relief to small businesses, hotels and destination venues like Smart Financial Centre at Sugar Land and Constellation Field was critical for their survival.

Within the first months of the pandemic, the city sought feedback from area businesses.

“We tried to start putting that story together to really understand what it was our businesses needed,” said Cam Yearty, Sugar Land public private partnership manager.

Huff explained that the feedback has continued to guide the city’s actions throughout the last 15 months. A big driver, she said, was understanding that businesses would not survive repeatedly shutting down and reopening based on the pandemic’s changing climate. So the economic development team listened to businesses on what they needed to reopen when the time was right.

Sugar Land also kept an eye on the Small Business Administration’s plans for its economic injury disaster loan program. For the governor to make a case to the president to declare a disaster in an area, local governments had to first understand what was going on with businesses in their communities.

The city was able to watch everything happening in the rest of the nation and world. Seeing the terrible toll of lockdowns in Italy, Yearty wasn’t sure whether that would come to Sugar Land but understood the city needed to have an economic plan ready.

The Sweet Cash program began last summer and encouraged community members to buy, get and give gift cards from local businesses. The city purchased around $97,500 to help businesses safely reopen and ensure that cash was flowing once they did. Initially, if someone bought a $40 gift card to a local business, they would submit their proof of purchase to the city and receive a $20 gift card from another local business. A frontline worker would also receive a $20 gift card as a token of thanks for their hard work. Later during the holidays, community members bought a gift card and received a gift card.

“We were able to not only provide cash flow but then give people new experiences, hopefully got them into new businesses. And those businesses got additional revenues because people came in and bought gift cards as well,” Huff said.

During the city’s Healthcare Heroes Week, the mayor, city council members and staff members distributed some of the gift cards at area hospitals.

Sugar Land is actively working to purchase gift cards ahead of another Sweet Cash campaign that will be announced soon with a buy one, get one format.

Huff said hoteliers in Sugar Land have been some of the hardest hit businesses. The situation, she said, is improving with occupancy, revenues per available room and average daily rates picking up. Where many of the hotels used to be busier during the week with business travelers, Huff reported that weekends have more traffic now with more companies using more technology like Zoom to do business and leisure travelers wanting to get away for a couple of days.

Through a Request for Placemaking campaign, Sugar Land has been actively looking for project ideas to improve spaces to boost the local economy. The economic development team brainstormed what they could do with a fast impact. They knew many people felt safer with alfresco or outdoor dining experiences due to the coronavirus and wanted to encourage them to support local restaurants by eating out.

In addition to creating outdoor dining and shopping spaces, placemaking ideas have included facade redevelopment and touchless hardware installations. Sugar Land, Huff explained, is in a redevelopment phase, where the city doesn’t have a lot of undeveloped land, so there is now a focus on reinvigorating older retail centers and the businesses within.

Art Museum TX opened in May at Sugar Land Town Square and was the city’s first Request for Placemaking project to be approved.

On HoustonChronicle.com: Houston-area woman whose mother and daughter developed cancer at the same time shares her story

The Call for Artists initiative is working to beautify the city and support artists, who have largely been hit hard by the pandemic. The call has garnered more than 140 submissions from across the Houston area, Texas, United States and world. Nearly 20 came from the Houston area. Murals and other artwork out in the Sugar Land community would encourage people to patronize businesses.

Yearty said Sugar Land doesn’t have an exact number on how many local businesses were lost during the pandemic. It did track when office and retail spaces went vacant. Other businesses that closed and may have been heading that way before the pandemic could have gone unrecognized, he said. But Huff added that some new businesses opened during the past 15 months.

She said Sugar Land small businesses are the heart of the city’s economy and worth supporting.

“They make us who we are, and we’re very proud of it. And you can really see our diversity shine in our business community,” Huff said.

Beijing [China], July 6 (ANI): Oppo is preparing another 5G smartphone, as revealed on a leaked spec sheet. The Oppo A97 5G is now listed on China … END_OF_DOCUMENT_TOKEN_TO_BE_REPLACED

seb_ra / iStock.com It’s National Fried Chicken Day, and while today’s top financial stories might not all be finger-licking good, you … END_OF_DOCUMENT_TOKEN_TO_BE_REPLACED

Originally named Hotel Belvedere and located at the intersection of Chase and North Charles Street, the asset was the hotel of choice for an eclectic … END_OF_DOCUMENT_TOKEN_TO_BE_REPLACED