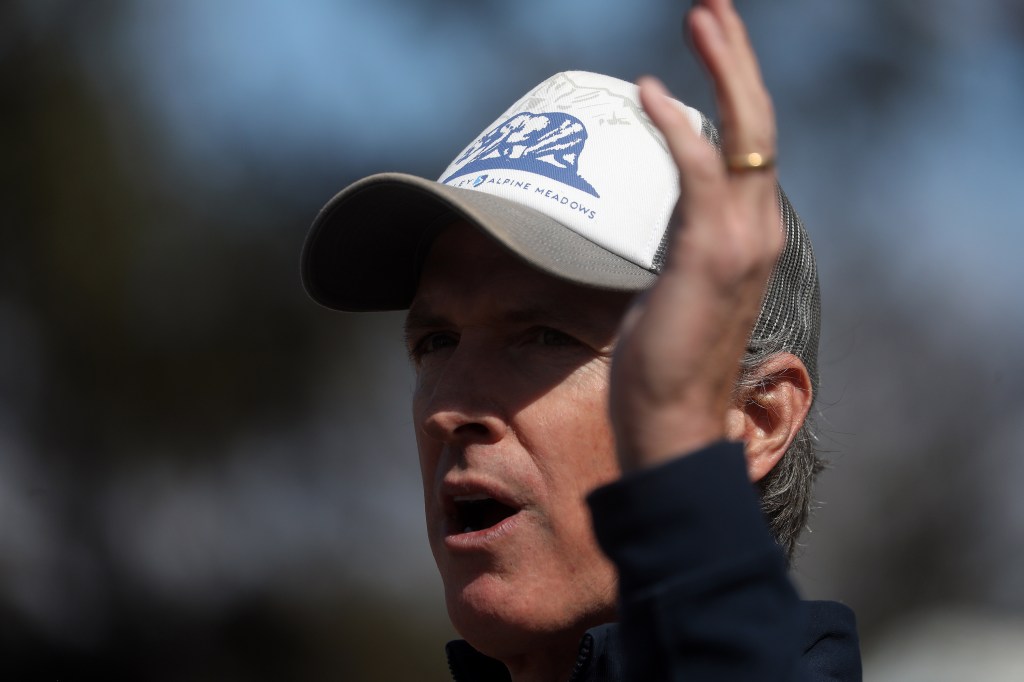 Secretary of State Shirley Weber’s office has posted the tax returns of the 41 people vying to replace Gov. Gavin Newsom in the September recall election, giving voters a peek at how everyone from reality star Caitlyn Jenner to former San Diego Mayor Kevin Faulconer make their money. So why aren’t the sitting governor’s tax returns among them?

The governor is not considered a “candidate,” so the new requirement to cough up five years of returns does not apply. Newsom’s campaign team said he had submitted his returns anyway, but a spokeswoman for Weber, a Newsom appointee, said Monday that because the returns weren’t required, the office wouldn’t review or release them. That has some Newsom critics and recall supporters crying foul.

A spokesperson for Newsom’s campaign did not respond to a request Monday for copies of the documents.

“It could be perceived as hypocritical,” said Barbara O’Connor, professor emeritus of communications at Sacramento State University.

Newsom has given reporters a look at his tax returns over the last several years, but only for a limited time and without the ability to photograph or analyze them at length. Documents made available to reporters this May showed the governor and First Partner Jennifer Siebel Newsom reported $1.69 million in adjusted gross income in 2019. His 2020 returns were not available because the governor received an extension on the filing deadline.

“For a guy who spent a lot of time bashing Donald Trump, his excuse is rather Trump-y,” said Bill Whalen, a Hoover Institution research fellow of the lack of 2020 returns, referring to the former president’s repeated refusal to hand over his documents while they were under audit.

Trump’s refusal was the reason California’s Democratic-dominated legislature passed a law, signed by Newsom, two years ago to require candidates to release their tax returns to get on the ballot. The state Supreme Court struck down the part that related to presidential candidates, but Weber’s office said the law still applied to recall candidates.

Many of the recall candidates have not provided their 2020 returns yet, either. However, unlike the returns of the governor they are trying to unseat, the tax returns they did supply are published online for anyone to scrutinize.

“It’s just a kettle of worms he doesn’t want to open up,” Whalen said.

“This is somebody who wants to be seen on the side of the people,” Whalen added, not as somebody who made a bunch of money during a pandemic that left many Californians scrambling to afford their next meal.

Claremont McKenna College politics professor Jack Pitney doesn’t think the fact that Newsom is wealthy will matter much, though.

“It could be a problem if there were something improper,” Pitney said, “but being rich isn’t a killer.”

In recent years, Newsom has earned much more money than the vast majority of his challengers, including apparent front runners like Faulconer and businessman John Cox, who both reported less than a quarter of Newsom’s income in 2019.

According to an analysis by Politico of the recently released tax returns, the median adjusted gross income in 2019 for the 41 wannabe governors was just over $91,000. But the numbers varied wildly.

The tax requirement has given at least one-would be candidate problems. Conservative radio talk show host Larry Elder took to social media to say he was told by the secretary of state’s office he did not qualify because of issues with the tax returns he submitted. On Monday, Elder vowed to fight the decision, saying he would go to court if necessary and arguing that Newsom should have to comply with the same disclosure requirement. It wouldn’t be the first time Weber has been sued during the recall. Newsom filed and lost a suit against her to try to get himself listed as a Democrat on the ballot after the secretary of state said his campaign team had missed the deadline to have his party affiliation listed.

“The whole thing is a mess,” O’Connor said.

Still, tax returns (or the lack of) aside, polling suggests Newsom is very likely to survive the Sept. 14 recall election, especially if the number of coronavirus cases doesn’t explode and lead to more shutdowns.

“If you were a Republican, you could run away and make an issue of it,” Whalen said. “But I think at the end of the day, the referendum of the governor comes down to two things. One, your feeling about him and COVID, and two, whether you like the guy or not.”

Originally named Hotel Belvedere and located at the intersection of Chase and North Charles Street, the asset was the hotel of choice for an eclectic … END_OF_DOCUMENT_TOKEN_TO_BE_REPLACED

Please be fire aware, and stay and play responsibly. Summer in Flagstaff is a spectacular season of fun in the sun, and Flagstaff365.com is the … END_OF_DOCUMENT_TOKEN_TO_BE_REPLACED

The University of Plymouth, the AHSN Network and Boehringer Ingelheim, has launched evidence-based recommendations to drive inclusive digital health … END_OF_DOCUMENT_TOKEN_TO_BE_REPLACED