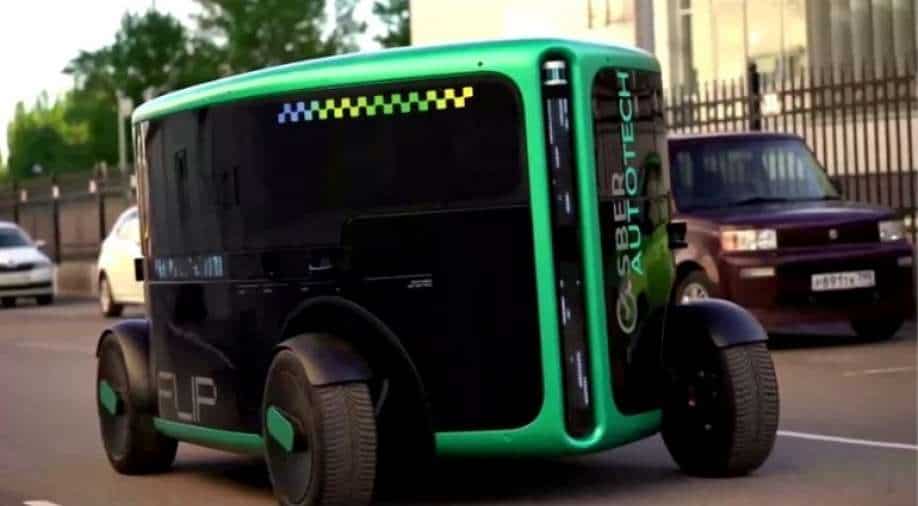 SberAutoTech, a subsidiary of Russia’s largest lender Sberbank, has developed a fully self-driving vehicle, FLIP, which the company on Thursday described as a “taxi of the future”.

Sberbank is diversifying in areas ranging from food delivery and taxi services to cloud computing and cyber-security and has made technological strides, last year unveiling a new virtual assistant, smart speaker, and other gadgets.

FLIP is the size of a conventional passenger car but with space for six passengers, SberAutoTech said.

It has met the maximum requirement of international automated driving standards, but so far has only been tested on closed tracks.

SberAutoTech did not disclose how much it had invested in the project or any details about prices, suppliers or its expected production timeline.

Replaceable batteries power the vehicle’s electric motor, but it can also harness the power of alternative fuels like natural gas and hydrogen, SberAutoTech said.

“The company’s know-how is the battery layout, which allows for all modules to be replaced in no more than five minutes, comparable to refilling a standard car with traditional fuel,” the company said in a statement.

“The flexible architecture of SberAutoTech’s self-driving technology will enable us to roll out solutions across a variety of verticals, like freight transport, last mile, and taxis,” said Sberbank Chief Technology Officer David Rafalovksy.

The curved design, with no obvious front or rear, resembles the flying vehicles from the 1985 Soviet TV series ‘Guest from the Future’, which were also called ‘Flip’. SberAutoTech did not say whether the film had inspired the design.

Harrison Butker is going to be playing for another Super Bowl with the Kansas City Chiefs.Butker nailed the game-winning field goal to send the Chiefs … END_OF_DOCUMENT_TOKEN_TO_BE_REPLACED