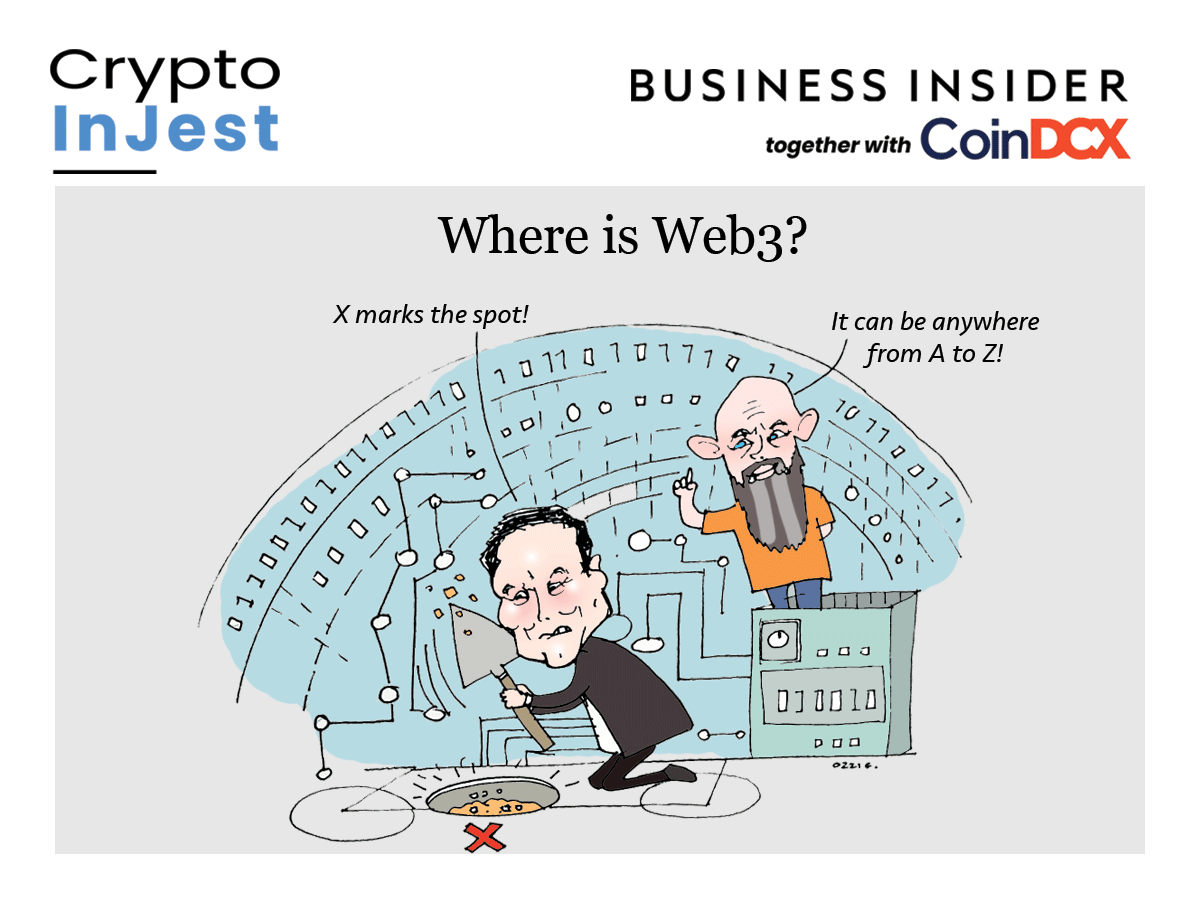 There were non-fungible tokens (NFTs), then the ‘metaverse’ and the next wave that’s building seems to be around Web3 — the next generation of the internet. However, not everyone is buying into the hype, including tech billionaires Elon Musk and Jack Dorsey.

Musk, the CEO of Tesla, SpaceX and the Boring Company, took a dig at Web3 with a message on Twitter. While the hype around Web3 has been building this year, real use cases — at least ones that have some kind of mainstream adoption — are few and far between.

Has anyone seen web3? I can’t find it.

Dorsey, who
recently quit as the head of Twitter, chimed in with a reply
stating, “It’s somewhere between a and z.”

Web3, where art thou?

The general understanding is that Web3 will be based on the blockchain, which is what most people remember. However, the second part of Web3’s identity is its aspiration to be decentralised, which is short-hand for taking the power of data away from tech giants like Meta, formerly known as Facebook.

However, Dorsey believes that the entire concept is ironic. Blockchain startups working on Web3 applications are, at the end of the day, being funded by venture capitalists (VCs) and limited partnerships (LPs). This still leaves the people with money in power. “It’s ultimately a centralised entity with a different label,” Dorsey said on Twitter.

You don’t own “web3.”The VCs and their LPs do. It will never escape their incentives. It’s ultimately a centraliz… https://t.co/Rre1m6uAzc

Dorsey is the same guy who also poked fun of Facebook when it changed its name to Meta. He called the new name, ‘
self-referential’.

To be fair, it’s not that they aren’t excited about Web3, they just think the utopian version of the internet is still a
considerable jump away. One of the issues that have repeatedly been pointed out is scaling. Smart contract platforms, including those touted as ‘Ethereum Killers’, have at one point or another faced issues when transaction volumes suddenly spike.

And, as much as we want to believe in a version of the decentralised internet, there’s always a loophole like we saw when
Amazon Web Services’ (AWS) servers were hit earlier this month. The company’s servers are the basis for one-third of the internet. So, a crypto exchange like dYdX may be decentralised but if most of its computing power comes from Amazon’s servers — a centralised service — can it be truly autonomous?

Battle of metaverses: The Sandbox, Decentraland and CryptoVoxels see sales surge as companies look to get in on the ground floor

Alibaba, Tencent, and other Chinese players are betting big on the metaverse — but the government is yet to buy into the hype

Immersion cooling has been around for over a decade, but it’s coming back in vogue thanks to Bitcoin mining

The Dallas Cowboys have a vacancy - and just one kicker presently on the roster. And he's a familiar face to Texas Tech fans, as it's Jonathan … END_OF_DOCUMENT_TOKEN_TO_BE_REPLACED