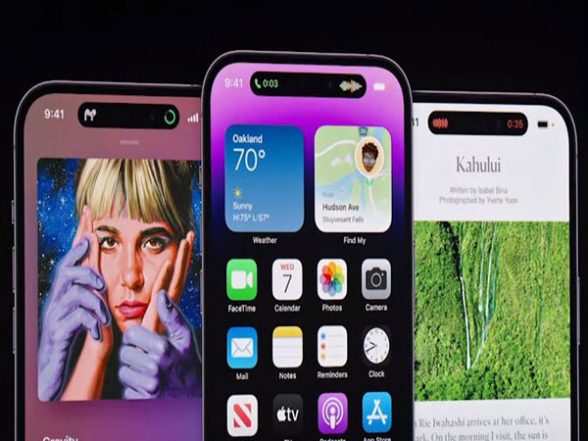 Washington [US], September 21 (ANI): American tech giant Apple has said that by next week they will be bringing a fix for the camera shaking issue that some users are facing on their iPhone 14 Pro and Pro Max smartphones.

According to GSM Arena, the new cameras on the iPhone 14 Pro and iPhone 14 Pro Max phones have an issue with third-party apps that causes their autofocus or OIS systems to go wild and vibrate uncontrollably. Apple is aware of the problem and is working on a fix.

This issue makes the video captured with the smartphone’s camera unusable and worse and may even damage the hardware. However, this problem does not seem to affect the iPhone 14 and 14 Plus variants.

Apple’s own camera app is working fine, which suggests that this is a software issue rather than a hardware one as it only affects third-party cameras. Of course, installed apps shouldn’t be able to cause your camera to go haywire, so this is probably a bug with the camera API, reported GSM Arena.

As per GSM Arena, Apple has said that a fix is coming next week, so those users will need to hold off until then. (ANI)

Washington [US], October 3 (ANI): Some recent reports have claimed that the large camera housing on Apple's iPhone 14 Pro smartphones hinders the … END_OF_DOCUMENT_TOKEN_TO_BE_REPLACED

Hello again everybody and welcome to our live blog with all of the latest financial news coming out of the United States this Sunday, October 2. Our … END_OF_DOCUMENT_TOKEN_TO_BE_REPLACED

October 2022 Listing your home for sale is a marathon, but there are some easy tips and tricks to get ahead of your competition. Some of the easiest … END_OF_DOCUMENT_TOKEN_TO_BE_REPLACED