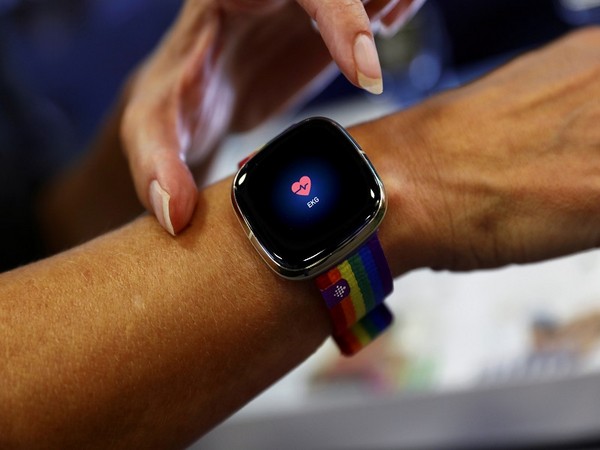 Washington [US], May 30 (ANI): Fitbit may soon roll out a new feature that detects snoring and noise by its devices titled ‘Snore & Noise Detect’. The move is will likely to help the spouses and partners of the snoring population.

The Verge quoted a report in 9to5Google, which decompiled the latest version of the Fitbit app in Google’s Play Store. The feature allows a Fitbit’s microphone (in devices that have one) to listen to “ambient noise including one’s potential snoring,” after a person has fallen asleep.

The novel feature would not only be a major drain on the device’s battery, the idea of a sleep tracker monitoring noise “throughout the night,” as the release notes state, is a little creepy.

The 9to5 Google report says the ‘Snore & Noise Detect’ monitors “noise including snores from you or someone next to you.” It analyses noise level and tries to find “snore specific” sounds. When the Fitbit detects a noise event louder than the baseline noise level, it tries to determine whether it is picking up snoring or something else.

However, the snore tracker can not distinguish who is snoring and cannot determine if the Fitbit wearer or someone else is snoring. The release notes recommend users not play white noise or other ambient sounds in the bedroom which can interfere with the snore detection. It suggests users should charge their Fitbit to at least 40 per cent before they go to bed because “this feature requires more frequent charging.”

As reported by The Verge, the release notes do not indicate what users are supposed to do with the information about snoring, but since snoring and the conditions that can lead to it can be seriously disruptive to sleeping, it may be a useful metric to be aware of.

Currently, ‘Snore & Noise Detect’ is not available to all users. (ANI)

The UK tech community has reacted with an outpouring of shock and sadness upon learning that Tech Nation, the entrepreneur network that has supported … END_OF_DOCUMENT_TOKEN_TO_BE_REPLACED

© APFedEx will cut more than 10 per cent of its global leadership team, adding to the more than 12,000 employees it has shed over the past seven … END_OF_DOCUMENT_TOKEN_TO_BE_REPLACED

The Westfield Town Council voted 7-1 on Tuesday to introduce an ordinance that allows for a downtown redevelopment plan to move forward.It will next … END_OF_DOCUMENT_TOKEN_TO_BE_REPLACED