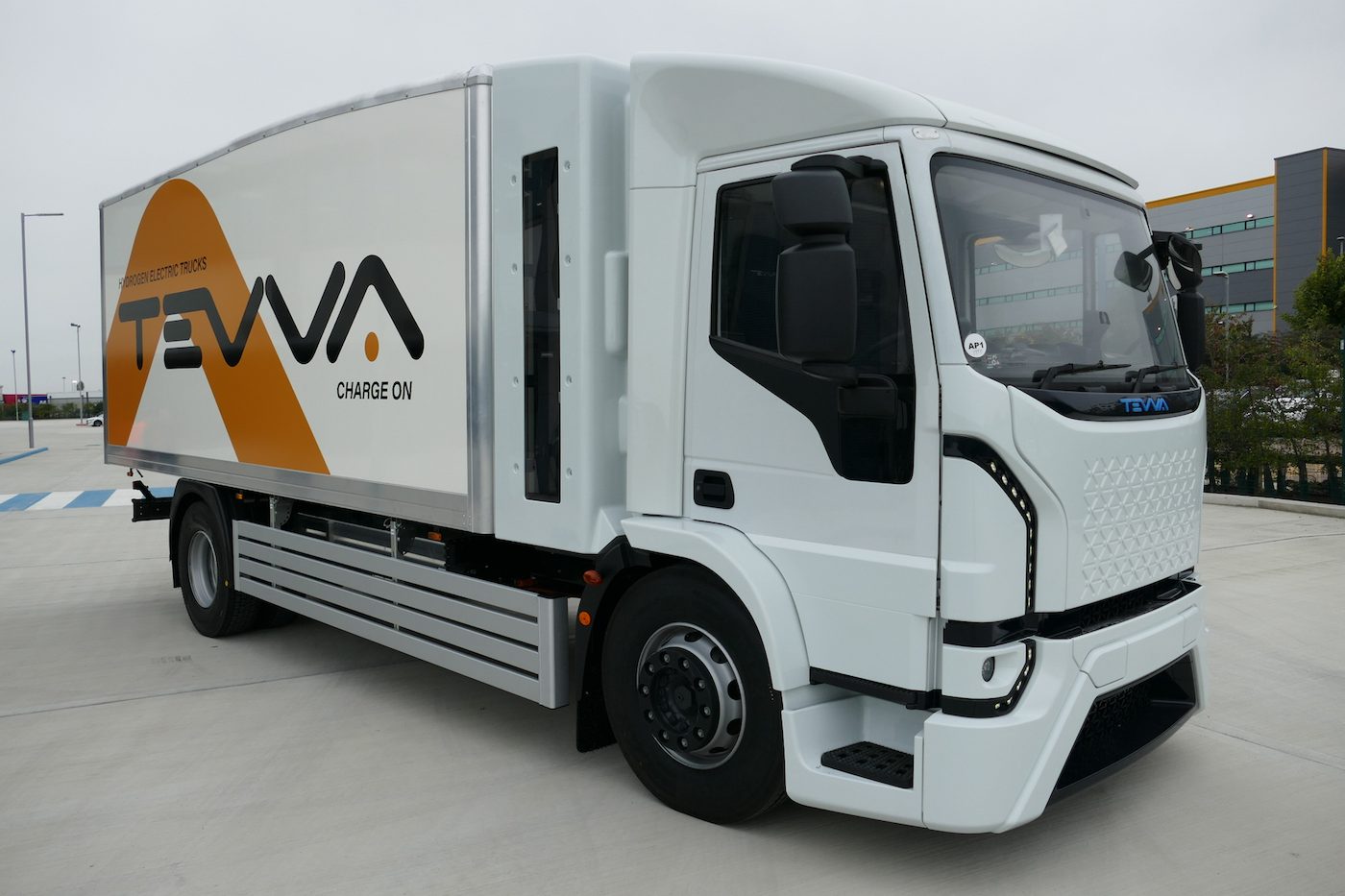 British vehicle manufacturer Tevva has unveiled a 19-tonne variant of its hydrogen-electric truck as the company continues to lead the charge for the commercialisation of hydrogen-powered vehicles.

The new model, unveiled today at the IAA Transportation show in Germany, follows the launch of Tevva’s first hydrogen-electric 7.5-tonne truck in June.

Hydrogen technology is still a nascent field, with only a few hydrogen-powered vehicles currently on the market.

Hydrogen fuel cells combine oxygen and hydrogen atoms to produce electricity, with water and a small amount of heat as byproducts instead of harmful emissions.

The main benefit of incorporating hydrogen into an electric truck is the low energy density, which brings down the system’s weight compared to a traditional battery. Some see this as having high potential for trucking fleets that often undertake long-range trips.

However, a fully hydrogen-powered vehicle is not yet viable on UK roads because hydrogen fuel is not widely available at fueling stations.

Tevva’s trucks use an onboard computer to switch between hydrogen and electric power, such as when the battery is above a certain temperature.

Bennet added: “Once in a while, you may not have access to hydrogen but at least you will have all the electric power.”

Manufacturing of the larger truck model has started at Tevva’s UK site, with plans for a second European facility that would double production capacity to 6,000 trucks a year by 2024.

In June, Tevva raised £41m for the production of its all-electric and electric hydrogen 7.5-tonne trucks.

When asked if Tevva is looking to raise fresh external capital, Bennet told UKTN that it is something the company is always open to.

Tevva is one of many UK companies harnessing the power of hydrogen technology. By 2030, the government is aiming for 10GW of low carbon hydrogen production capacity as part of its UK hydrogen strategy

Washington [US], October 3 (ANI): Some recent reports have claimed that the large camera housing on Apple's iPhone 14 Pro smartphones hinders the … END_OF_DOCUMENT_TOKEN_TO_BE_REPLACED

Hello again everybody and welcome to our live blog with all of the latest financial news coming out of the United States this Sunday, October 2. Our … END_OF_DOCUMENT_TOKEN_TO_BE_REPLACED

October 2022 Listing your home for sale is a marathon, but there are some easy tips and tricks to get ahead of your competition. Some of the easiest … END_OF_DOCUMENT_TOKEN_TO_BE_REPLACED