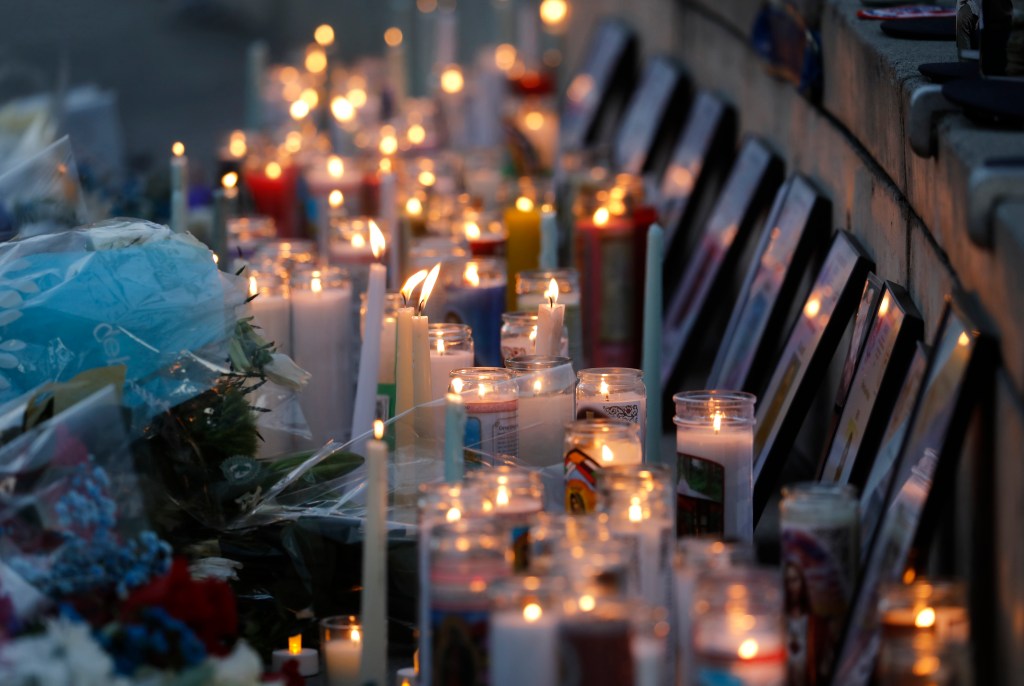 It was 1993. Bill Clinton was president, Kurt Cobain was touring with Nirvana, the first “Jurassic Park” movie had just been released — and people still felt safe going to work.

But that summer, a gunman shattered those feelings of security when he opened fire at a law firm in a high-rise office building in San Francisco’s financial district, killing eight people and sending shockwaves through the country. Until this week, when a disgruntled VTA employee killed nine co-workers at a light rail yard in San Jose, it was the deadliest mass shooting in the Bay Area’s history.

The 101 California shooting in 1993 marked a turning point in California’s and the nation’s approach to workplace shootings. It had a ripple effect that experts say forever changed how employers and employees think about workplace safety, paved the way for the passage of dozens of laws and helped turn California into the state with the nation’s strictest gun controls.

And yet, to those who lived through the 1993 massacre, this week has felt like a horrific déjà vu, making some wonder what all that effort accomplished. Statistics on workplace gun violence suggest we may be better off, but the sense of despair — if anything — has grown.

“Here we are, and nothing’s really changed,” said Thomas Kostic, a lawyer who survived the shooting at 101 California St. by barricading himself in a colleague’s office.

Despite all the changes of the past three decades, nothing stopped Samuel James Cassidy from showing up to work at the Valley Transportation Authority on Wednesday morning and massacring nine of his colleagues — one victim died later at the hospital — before killing himself. The shooting claimed men who kept the trains running, loving husbands, fathers and friends who were quick with a joke, and plunged the Bay Area deep into mourning.

For some, it brought back harrowing memories of an eerily similar day. On July 1, 1993, Gian Luigi Ferri walked into 101 California St., headed up to the law offices of Pettit & Martin on the 34th floor — the firm had advised him in several real estate deals years earlier — and began shooting. Ferri had fallen on hard times and may have blamed the lawyers there, though that day he appeared to shoot indiscriminately. Back then, key card access, on-site security guards, active shooter drills and other measures spawned by decades of violence were rare in most workplaces.

Kostic, who was a senior tax lawyer with the firm, was in a co-worker’s office when he heard a racket that his colleague quickly identified as automatic gunfire. Kostic pushed a sofa in front of the office door and the two men hit the floor. They didn’t come out until a police officer knocked, his gun drawn, his hands shaking.

In the moment, Kostic, who is 83 now and retired, didn’t fully process what was happening. But when he returned to the scene shortly after, and saw bullet holes in the windows of his firm’s glass conference room, the full force of what he’d survived hit him. For years after, he couldn’t watch movies with gunfire.

“I still jump once in a while,” he said.

Immediately after, a group of Kostic’s colleagues started an organization to fight for stricter gun control. It later merged with former Congresswoman Gabrielle Giffords’ group and became the Giffords Law Center to Prevent Gun Violence. By 1994, the lawyers had scored a major victory with the passage of a federal assault weapons ban. The law’s chief sponsor, Sen. Dianne Feinstein, D-Calif., said the San Francisco shooting inspired her to push the bill through.

“1993 was when the country really started to take this issue seriously,” said Stanford law professor John Donohue III, who specializes in gun violence.

The federal law came with a sunset provision, and in 2004, Congress let the ban expire without renewing it. But California retains a collection of tough laws, including a wide-reaching assault weapons ban and a “red flag” law that allows courts to block people from having firearms if they present a risk to themselves or others.

“We have probably almost 100 laws that have passed in the 28 years since (the San Francisco shooting),” said Robyn Thomas, executive director of the Giffords Law Center.

Victims of the California Street shooting and their families sued Navegar Inc., the Miami-based company that made the guns Ferri used. They lost, but the case made it to the California Supreme Court. In 2001, Navegar went out of business.

California’s strict gun control laws continue to clash with more lenient federal laws, leaving room for shooters potentially to cross state borders, buy guns and ammunition that are illegal in California, and bring them home. In this week’s shooting, Cassidy used three semi-automatic pistols that were legally obtained, but he carried 32 ammunition magazines holding 12 to 15 rounds, which are illegal in California. It was unclear where or how he got the magazines, which California limits to 10 rounds for civilian use.

While gun control advocates say that’s a clear indication the country needs stronger federal rules, those on the side of gun owners’ rights say it shows just the opposite. They argue that strict gun laws, which are ignored by killers, leave potential victims with no way to defend themselves.

“A big thing that has happened since ’93 and now is every time someone comes up with an idea for gun control, California passes it,” said Mike Hammond, legislative counsel for Gun Owners of America. “It seems to me that what it shows is that gun control doesn’t work. The state and the country have passed every form of gun control imaginable and has had nothing but a succession of mass shootings, none of which were halted as a result of that gun control.”

Society’s notions of what is safe also have shifted dramatically over the past three decades. Back in 1993, no one considered that a stranger might walk into your office with a gun and start shooting, Kostic said.

“We didn’t have security on any floor,” he said. “Nobody did in the city. You could enter any floor.”

The year of the San Francisco shooting, 204 California workers died by homicide — up 25% from the year before — and violent attacks overtook transportation accidents as the number-one cause of death in a workplace, according to the state’s Division of Occupational Safety and Health. The majority of those homicides — 170 — were shootings. In 1994, the agency took steps to protect workers — launching a pilot program to investigate all workplace homicides and hosting two conferences that led to the creation of new workplace security guidelines. By 2019, the number of workplace homicides in California dropped to 50. Three-quarters of those deaths involved shootings.

Today, many office buildings require a security badge or key card to get in the door or use the elevators, and some restrict employees’ access to certain floors. Large offices often require visitors to sign in.

When Steve Sposato’s wife, Jody, was killed while giving a deposition at the 101 California St. office, Sposato’s life and entire set of values changed in an instant. A life-long Republican, he shifted gears and dedicated his life to fighting for gun control. He appeared before lawmakers to fight for stricter laws with his then 10-month-old daughter strapped to his back.

When he heard there had been another workplace shooting so close to home, his first thought was fury that this keeps happening.

“It’s horrific,” Sposato said. “All these people and these families and brothers and sisters and mothers and fathers and aunts and uncles get to join the club. And it’s a club you don’t want to be a member of.”

Impact of the 101 California St. shooting

Experts view the 1993 shooting, which left eight people dead in a San Francisco highrise, as a key turning point in California’s and the nation’s gun control debate.

— It inspired a federal assault weapons ban that lasted 10 years, until 2004.

— Lawyers affected by the shooting founded an organization to fight for gun control, which later became the Giffords Law Center to Prevent Gun Violence.

The Westfield Town Council voted 7-1 on Tuesday to introduce an ordinance that allows for a downtown redevelopment plan to move forward.It will next … END_OF_DOCUMENT_TOKEN_TO_BE_REPLACED

New York CNN  —  Bed Bath and Beyond is closing another 87 stores as the struggling retailer barrels toward bankruptcy. … END_OF_DOCUMENT_TOKEN_TO_BE_REPLACED