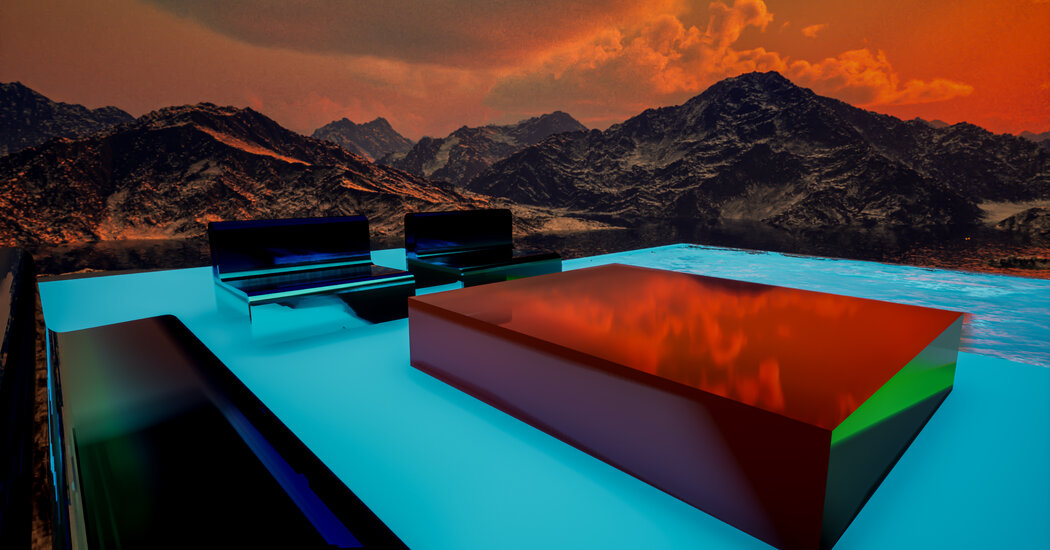 Andres Reisinger, a digital artist based in Barcelona, Spain, designs surreal furniture that moves back and forth between the physical and the digital. “The original works are digital,” Mr. Reisinger said. “But it’s very interesting when some of my digital pieces evolve.”

Take, for instance, his Hortensia chair. Mr. Reisinger created the chair covered with geometric pink petals as a digital work, wanting to capture “the feeling of blooming flowers.” But after posting an image to Instagram, the chair met with such fanfare that he put it into production. A limited-edition sold out through a gallery in Milan. Now he is in talks with Moooi, the Dutch furniture brand, to create a line based on his digital designs.

Mr. Reisinger’s latest NFT furniture series, the Shipping Collection, numbered 10 digital pieces, five of which were physically produced as well, and sold for the equivalent of $450,000 in crypto. “Some collectors were almost rejecting the physical pieces,” Mr. Reisinger said. “For them, the ownership of the artworks was more important.”

Pablo Fraile, a self-described digital art patron, collects the work of Mr. Reisinger. The work has “a layer of depth,” he said, that is beyond even traditional art. “He was able to produce an object that I have in my home, and I also have the NFT, and I also have the digital object,” said Mr. Fraile. “That is the only single available object of that kind.”

Yes, he acknowledged, a real chair is more useful. You can admire it in your home. “But it is less efficient than what I can do with the digital ones,” said Mr. Fraile, who lives in Miami. “We’re going to do a show in Europe. The NFT is going to cost me a few dollars to send and it can be presented in many ways.”

Harrison Butker is going to be playing for another Super Bowl with the Kansas City Chiefs.Butker nailed the game-winning field goal to send the Chiefs … END_OF_DOCUMENT_TOKEN_TO_BE_REPLACED