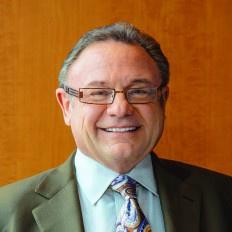 With COVID-19 cases continuing to fall and vaccination rates rising, things are beginning to feel a bit more normal. The economy is growing, and the outlook remains positive as the health crisis abates. Here’s a quick look at current conditions and our latest projections for business activity in the state.

Texas has recovered more than one million of the nearly 1.5 million jobs lost in March and April of last year due to the pandemic. The state added 13,000 jobs in April (on a seasonally-adjusted basis) as strong gains in a few industry groups, such as leisure and hospitality and professional and business services, were partly offset by losses in construction, manufacturing, mining and logging—which in Texas is essentially oil and gas activity—and several others. The state’s unemployment rate has improved significantly, but is still above the national level. The bottom line is that while we’re moving in the right direction overall, there are still a few bumps in the road.

One issue is worker shortages, which were already a significant problem before the pandemic. Competition for knowledge workers and other skilled occupations is intense, industries such as restaurants and hospitality are having difficulty coaxing employees back, and school and childcare challenges restrain the entry of many (particularly females). Supply chain challenges also remain. The pandemic disrupted the entire global manufacturing and distribution complex, and it is quite a process to restore the relatively smooth functioning that typically supports production processes. This situation results in both cost escalation and bottlenecks that inhibit or even interrupt activity.

Our most recent forecast indicates an estimated 1.6 million net new jobs are projected to be added to the Texas economy by 2025, representing a 2.39% annual rate of growth over the period. This expansion is somewhat front loaded, as the state continues to regain the activity lost during the downturn and returns to long-term patterns. Services industries will drive job gains, with wholesale and retail trade businesses also forecast to see notable hiring. Real gross project is projected to gain $424.4 billion over the next five years, and output in all major industry groups is forecast to expand, with the mining and services segments leading the way. In particular, the energy sector is expected to continue its strong comeback.

I expect Texas to reach pre-pandemic employment levels in the next year or two. The state’s combination of natural resources, a large and growing population, and expansion in emerging industries position it well for expansion. While there are challenges ahead, such as providing the requisite education and training for future jobs and assuring the provision of essential infrastructure, Texas has the potential to remain a growth leader for the foreseeable future. Stay safe.

Dr. M. Ray Perryman is President and Chief Executive Officer of The Perryman Group (www.perrymangroup.com), which has served the needs of over 2,500 clients over the past four decades.

Franchise concepts that teach skills to children seems to be a recipe for success here on Long Island. Whether they focus on education, like The … END_OF_DOCUMENT_TOKEN_TO_BE_REPLACED

CNBC's Jim Cramer on Wednesday told investors that they should take gloomy economic commentary from bank executives with a grain of salt. "Don't panic … END_OF_DOCUMENT_TOKEN_TO_BE_REPLACED