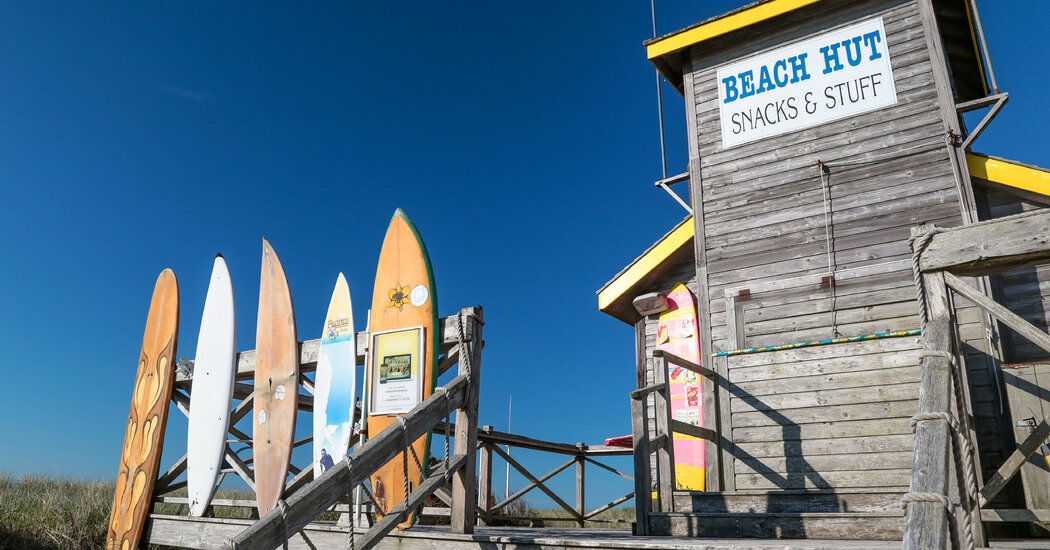 The influx of wealthy buyers who have purchased homes in the $1 million range “are changing the complexion of the area,” Ms. Watson added, including a profusion of tear-downs, gut renovations and increased interest in land buys.

On the upside, revenues from a 2 percent Preservation Tax on Southampton home sales of $250,000 or more are up 40 percent over last year, Mr. Schneiderman said. Funds are used to buy undeveloped land to keep it open, and to buy development rights so farmers can continue to farm. “It has been very successful in terms of preserving our rural character,” he said.

The “silver lining” for owners of more modest homes who might want to cash out and take their windfall elsewhere, Ms. Watson said, is that it is “the time to sell.”

From April to June last year, Greg D’Angelo, a custom builder, leased his rental property — a small house with a pool on a postage stamp-size lot in Sag Harbor — for close to $80,000 to a family escaping the city. “That was our last hurrah,” Mr. D’Angelo said. In January, concerned that the Covid eviction moratorium could make it impossible to evict unsavory renters or squatters, he sold the house for $1.5 million. “It was the market that drove us to sell it,” he said. “I got crazy money for it.”

Though the market usually slows down before Thanksgiving and picks up in February, this year “we went right through the holidays doing deals,” said Gary DePersia, an associate broker with Corcoran. “A lot of inventory that was on the market for years is gone.”

On Shelter Island, a 10,000-square-foot gambrel-style house with a 150-foot dock on Peconic Bay closed for $9.1 million last month after sitting on the market, initially at $10.9 million for two to three years. “That’s a niche market,” Mr. DePersia said. “A rising tide lifts all ships.”

The UK tech community has reacted with an outpouring of shock and sadness upon learning that Tech Nation, the entrepreneur network that has supported … END_OF_DOCUMENT_TOKEN_TO_BE_REPLACED

© APFedEx will cut more than 10 per cent of its global leadership team, adding to the more than 12,000 employees it has shed over the past seven … END_OF_DOCUMENT_TOKEN_TO_BE_REPLACED

The Westfield Town Council voted 7-1 on Tuesday to introduce an ordinance that allows for a downtown redevelopment plan to move forward.It will next … END_OF_DOCUMENT_TOKEN_TO_BE_REPLACED