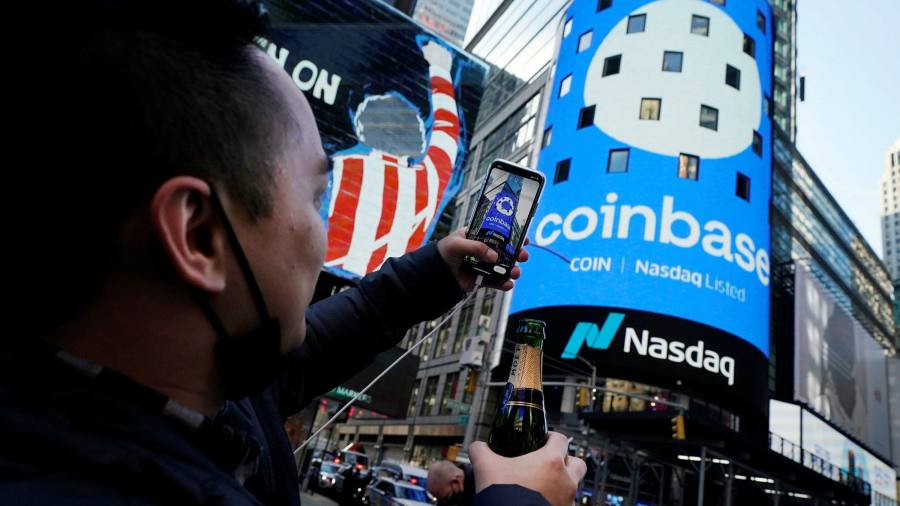 Deliveroo, Greensill, Coinbase, Archegos. Apart from their shared proclivity to dominate the headlines, these high and low flying outfits are an exceptionally disparate bunch.

Yet one thing they have in common is a dependence on regulatory arbitrage to attempt to extract value – successfully or otherwise – from pedestrian core businesses in which fancy technology plays a purely ancillary role.

At the risk of inflicting a taxonomy, here are some basic thoughts. Deliveroo, the lossmaking food delivery company which was a notable flop in its recent flotation, is all about labour market arbitrage and the legal definition of employment.

Yes, it uses artificial intelligence to manage its casual gig economy workers. But what it is really about is transferring food from A to B, just as Uber transfers people from A to B. It does so more efficiently than the old non-gig economy could manage but it will transform no one’s life in the way electricity or the internal combustion engine succeeded in doing.

Greensill, the supply chain finance business whose collapse has rocked Sanjeev Gupta’s steel empire and embarrassed David Cameron, the former UK prime minister who advised it, proudly trumpeted that its success in finance was driven by the technology underneath.

Yet the core of this fintech concern was the age old practice of factoring whereby invoices are turned into cash. It was, in effect, a shadow bank that largely escaped the regulatory watchdogs’ radar. Thankfully, it appears not to have posed a systemic threat.

In this quartet, newly floated Coinbase does not at first sight fit the arbitrage template because it provides an exchange for trading in digital currencies, where a majority of net revenues come from transactions in just bitcoin and ethereum. This brings a degree of transparency to a wildly volatile and otherwise opaque business.

It is hard, reading the prospectus, to grasp precisely how it is regulated, but it is certainly not immune from oversight because the US Commodity Futures Trading Commission accused it last month of undermining the integrity of digital asset pricing and fined it $6.5m, for “reckless, false, misleading or inaccurate reporting”.

That said, it is facilitating a market in unregulated shadow currencies. While those currencies owe their existence to blockchain technology they perform the same portfolio function in the investment world as gold. They do so without the yellow metal’s thousand-plus year pedigree as a safe bolt hole in chaotic times, but in a form that is more convenient for channelling criminal funds.

A family office is neither a bank nor a hedge fund. Most people will not have heard of Bill Hwang, a former fund manager at the fabled Tiger Management hedge fund, or his low profile family office Archegos, before it blew up, inflicting billions of losses on Credit Suisse, Nomura and other big international banks.

Archegos took billion-dollar bets on a handful of stocks via derivatives known as equity total return swaps. A trader in these swaps does not have to disclose big positions as they would if they owned the stocks directly. And Bill Hwang entered into similar swaps with a number of banks without their having an inkling of his overall exposure.

Family offices are under no regulatory requirement to back their positions with a given cushion of capital. As my colleague Robert Armstrong explained in the Financial Times on April 1, the extraordinarily rapid growth of the equity total return swaps market owes a great deal to the fact that the swaps are not required to appear in the filings banks make to comply with the Basel III rules for risk-weighted assets, leverage and credit risk.

The debacle at Archegos bears a remarkable resemblance to the near-collapse of the Long-Term Capital Management hedge fund in 1998, which foundered because of overleveraged positions in risky derivative instruments. Despite frenetic regulatory activity since then this experience raises the worrying possibility that we are in a vicious circle where financial crises breed rafts of new regulations which in turn breed more financial arbitrage which precipitate further, bigger crises.

Regulatory arbitrage was, after all, a key instigator of the great financial crisis of 2007-08 as banks economised on capital by shovelling assets off-balance sheet or into trading accounts with lighter capital requirements than for bank lending.

Meantime, it is curious that investors are prepared to put such tech-frothy valuations on companies with business models that are more about regulatory arbitrage than life enhancing innovation. When political climates change, regulation changes. In a post-Trump world it will be about more regulation not less.

The Westfield Town Council voted 7-1 on Tuesday to introduce an ordinance that allows for a downtown redevelopment plan to move forward.It will next … END_OF_DOCUMENT_TOKEN_TO_BE_REPLACED

New York CNN  —  Bed Bath and Beyond is closing another 87 stores as the struggling retailer barrels toward bankruptcy. … END_OF_DOCUMENT_TOKEN_TO_BE_REPLACED