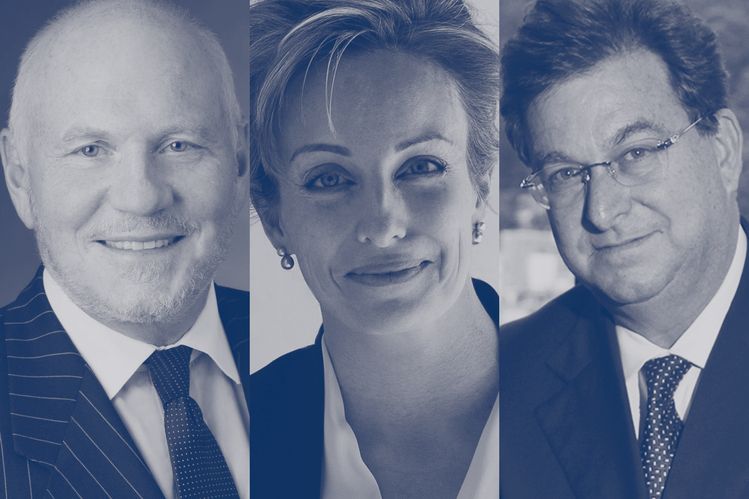 The UK’s top 10 wealthiest people in financial services have had a good pandemic – financially at least – with assets boosted across the board over the past year.

Following the coronavirus-inspired market crash in March 2020, the rebound has been strong and the rich have got richer.

Michael Platt is the UK’s richest hedge fund manager and tops the list of the UK’s wealthiest people in financial services. He is the co-founder and managing director of BlueCrest Capital Management. Platt started BlueCrest after almost a decade at JPMorgan, and grew it into one of Europe’s largest hedge funds before turning it into a family office in 2015. Once managing $35bn in assets at its peak, BlueCrest generated a net return of 95% last year on the back of returns in the 50% range for 2016, 2017 and 2019, according to Forbes.

The Schroder family, headed by Leonie, owns 44.75% of fund manager Schroders, according to the Sunday Times. Leonie joined the board of the City institution in 2019 following the death of her father Bruno Schroder, who was a director of the business for more than 50 years.

Colombian banker Jaime Gilinski became Metro Bank’s largest shareholder in December 2019 and upped his stake from 6% to 9% during May 2020. The London resident was also an investor in TSB’s Spanish owner Banco Sabadell and owns south Florida’s JGB Bank, according to the Times.

A former hedge fund manager who made his name working for tycoon George Soros as a key adviser, Nicholas Roditi has remained largely hidden from view in recent years. Roditi owns around 93% of shares in tea estate business PGI Group, which supplies tea to brands including PG Tips, Yorkshire Tea and Tetley, according to the Times.

Sir Chris Hohn is the founder of TCI Fund Management, a $30bn hedge fund, and an activist investor. The Surrey-born son of a Jamaican car mechanic was previously chancellor Rishi Sunak’s boss at the fund, and recently revealed that he paid himself almost £1m per day last year. He is known for picking fights in the boardroom, philanthropy, and for being a champion of climate change activism. Hohn was the single biggest donor for campaign group Extinction Rebellion last year, the Guardian reported.

Peter Hargreaves co-founded investment platform Hargreaves Lansdown alongside Stephen Lansdown in 1981. Recently he has been running  down his stake in the business, selling £300m worth of shares in February to take his holding below 20%, but still remaining the largest shareholder. Hargreaves was a major backer of the campaign to leave the EU in 2016 and is also a prominent Conservative Party donor.

The South African billionaire founded insurance and financial services business BGL Group in the UK in 1992. BGL’s most well-known brand, price comparison site Comparethemarket.com, was founded in 2006. Last year the company scrapped plans to float the website, and instead sold a 30% stake for £675m to the Canada Pension Plan Investment Board.

Mark Coombs has been the chief executive of emerging markets investment manager Ashmore since it was incorporated in 1998. He previously held a number of positions at Australia and New Zealand Banking Group and oversaw Ashmore’s buyout from ANZ in 1999. Coombs sold £20m worth of shares in Ashmore in April, £40.3m worth of shares in February, and £136.7m worth of shares in the company across 2020, according to Morningstar.

Hintze is the founder, group executive chairman and senior investment officer of asset manager CQS. Raised in Sydney, Hintze first gained his stripes after working for Salomon Brothers, Credit Suisse and Goldman Sachs in New York and London. He is a major philanthropist, supporting several projects across London including the Natural History Museum, the National Gallery, the National Theatre and Wandsworth Museum. He is also a significant donor to the Conservative Party.

Scammers are taking advantage of the holiday hubbub to defraud consumers in increasingly sophisticated schemes. While prevalent year-round, financial … END_OF_DOCUMENT_TOKEN_TO_BE_REPLACED

We pride ourselves on our service to Native American students and the communities they represent.We are approaching the end of a memorable fall … END_OF_DOCUMENT_TOKEN_TO_BE_REPLACED