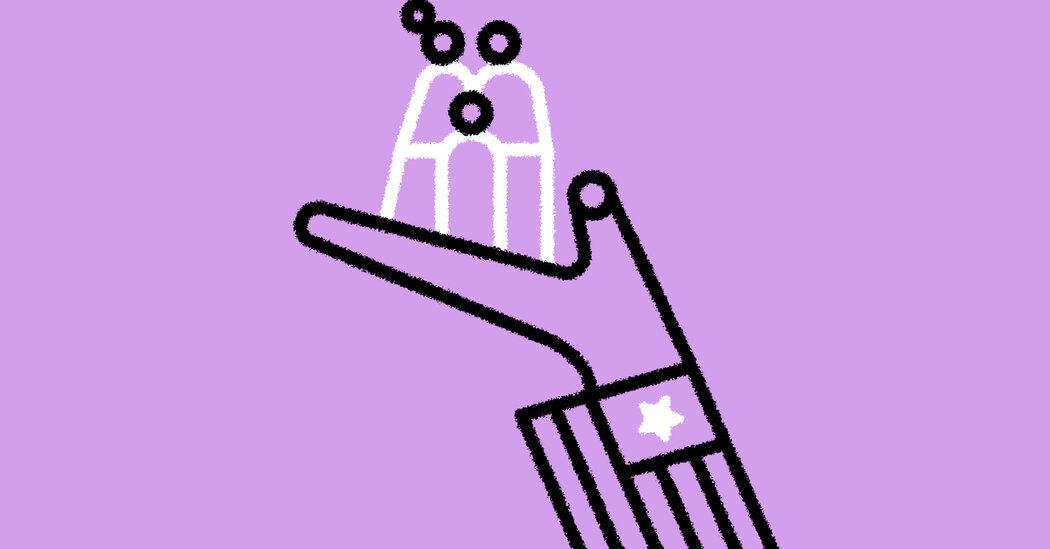 Good morning and happy May. Is anyone else itching for a vacation, or just a chance to go … elsewhere? Good news: If you’re vaccinated, you could escape to Europe (and help boost its ailing tourism industry) as soon as this summer. Here’s what you need to know for the week ahead in business and tech news. — Charlotte Cowles

In his first address to Congress, President Biden detailed his American Families Plan, the third huge spending proposal that he has put forth in his 100 days in office. (The first was the $1.9 trillion stimulus package, signed into law in March, and the second was the American Jobs Plan, which focuses on infrastructure and has yet to pass Congress.) The latest proposal includes financing for universal prekindergarten, federal paid family leave, a permanent expanded child tax credit, subsidized child care for low- and middle-income families and free community college, among other initiatives. To pay for it, Mr. Biden wants to raise taxes on the rich. But most Republicans are opposed to tax increases and say the plan costs too much.

More signs of life from the economy. The country’s first-quarter gross domestic product was up 6.4 percent, at an annualized rate, according to the Commerce Department. That’s almost back to its prepandemic high. Consumer spending is also on the rise, and some analysts believe that it could grow more than 9 percent this year — a record — as health and job conditions continue to improve, and travel and dining open back up.

The pandemic has been great for the tech giants. Amazon’s latest quarterly report showed such blockbuster sales — up 44 percent from the previous year — that it beat even the most optimistic forecasts. Meanwhile, Apple’s profits grew 54 percent, mostly thanks to soaring iPhone sales. And Facebook nearly doubled its revenue during the same time period, while Twitter’s jumped 28 percent. (Both companies have barred former President Donald J. Trump and some extremist figures from posting on their platforms since January, but it clearly hasn’t hurt their bottom lines.)

A Is for Antitrust

The fight between Apple and Epic Games, which makes the popular video game Fortnite, heads to a federal court in California this week. The dispute began last year when Epic started selling Fortnite directly to its customers, violating its contract with Apple, which makes a 30 percent commission from App Store sales. Apple retaliated by kicking Fortnight off its store, and Epic fought back with a lawsuit. The case will be closely watched by other companies and lawmakers who have raised concerns about the App Store’s anti-competitive practices. Those include European regulators, who on Friday accused Apple of violating antitrust laws by imposing unfair rules and fees on rival music-streaming services.

Price Check in the Cereal Aisle

For the good of your fellow humans, don’t stockpile toilet paper. But bear in mind that it’s about to get more expensive. Companies like Procter & Gamble, General Mills and Kimberly-Clark are all raising prices on everyday necessities like tampons, toilet paper, diapers and cereal this year to make up for increasing costs of production and shipping. Those costs grew during the pandemic, particularly when supply chains were pinched, but companies were reluctant to pass them along to struggling consumers. Now that the economy is starting to stabilize, expect some price adjustments to make up for the past year.

The travel industry is ready for takeoff — if you’re vaccinated, that is. The Centers for Disease Control and Prevention eased rules for cruise lines to resume operations, allowing some ships to set sail as soon as mid-July if they attest that 98 percent of the crew and 95 percent of passengers are fully vaccinated. And the European Union said that American tourists with vaccine certificates would be allowed to visit the bloc this summer, more than a year since it banned nonessential travel from most countries.

The Food and Drug Administration announced a long-anticipated ban on selling menthol cigarettes as well as all flavored cigars. (Possession will remain legal, however.) Amazon will increase pay between 50 cents and $3 an hour for half a million of its workers. And the Federal Reserve left interest rates near zero, playing down a rise in inflation and promising to continue support for the recovering economy.

One of Georgia Tech's most impactful incoming transfers could be EJ Jenkins. Jenkins is coming over from South Carolina, where he was used as a wide … END_OF_DOCUMENT_TOKEN_TO_BE_REPLACED

In 2021, Las Vegas experienced its most frenzied market in years. Any agent could put a house on the market and it had a considerable chance to sell. … END_OF_DOCUMENT_TOKEN_TO_BE_REPLACED