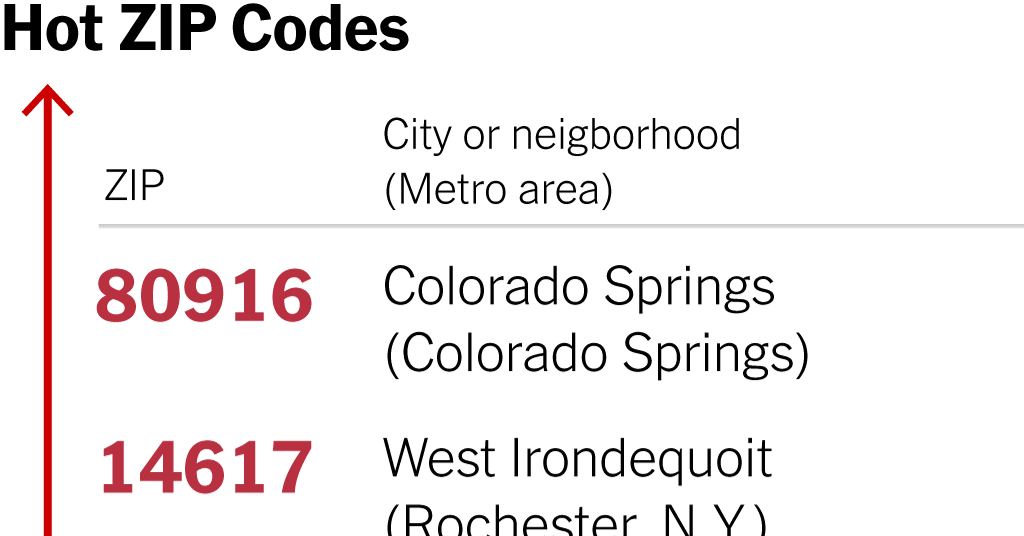 During the pandemic, home prices in cities and towns across the country have been rising. But what does that trend look like if you dig down to the ZIP code level to get a granular view of where the action is? Realtor.com did just that in its annual report on the hottest ZIP codes in U.S. real estate.

The site compared listings active from January 2021 to June 2021, across 30,000 ZIP codes, using two metrics: demand, measured by the number of unique individuals clicking into property listings on Realtor.com; and time on the market, or how long homes took to sell. (While there are close to 42,000 ZIP codes in the country, those lacking adequate sales data or representation on Realtor.com and those with too few listings to consider were eliminated.)

To create a broad national picture and to keep the list from being dominated by a handful of high-performing markets, only one ZIP code in each metropolitan area was ranked. “We were looking for some geographic diversity on the list so it would be relevant to a broad audience,” said Danielle Hale, the site’s chief economist and the author of the report.

In general, the list revealed home buyers’ strong desire to leave dense urban centers for less expensive suburbs nearby. In fact, the top 10 ZIP codes were within about 20 minutes of a major metropolitan center, many with strong millennial job markets.

Will these particular markets remain hot over time? Typically, ZIP codes don’t return to the list year after year, Ms. Hale said. Any given market may have a boom year, but the following year another ZIP, sometimes nearby, may perform better.

This year, she said, “The biggest surprise was a newcomer to the list: 37067, Franklin, Tenn., just outside of Nashville.”

Nashville has been a rising star on the annual list, but this is the first time a ZIP in the area has made it into the top 10. “It breaks the mold,” Ms. Hale said. “What’s common among the others is they’re relatively affordable areas, good places for entry-level buyers to get a foot in the door or potentially good places for downsizers to get really good value.”

In first place was 80916, in Colorado Springs, Colo., which had a relatively affordable median list price of $318,000. Houses there spent a median of four days on market in June, and listings saw a 36 percent increase in interest on the website over the previous year.

The following are the hottest 15 ZIP codes, according to Realtor.com, and the metropolitan areas they belong to.

The University of Plymouth, the AHSN Network and Boehringer Ingelheim, has launched evidence-based recommendations to drive inclusive digital health … END_OF_DOCUMENT_TOKEN_TO_BE_REPLACED

This year’s Rising Stars of Private Equity has been published at a time of great uncertainty for the sector, as the young professionals on our list … END_OF_DOCUMENT_TOKEN_TO_BE_REPLACED

If you know of local business openings or closings, please notify us here.PREVIOUS OPENINGS AND CLOSINGS· Air Products and Chemicals Inc.'s chosen … END_OF_DOCUMENT_TOKEN_TO_BE_REPLACED