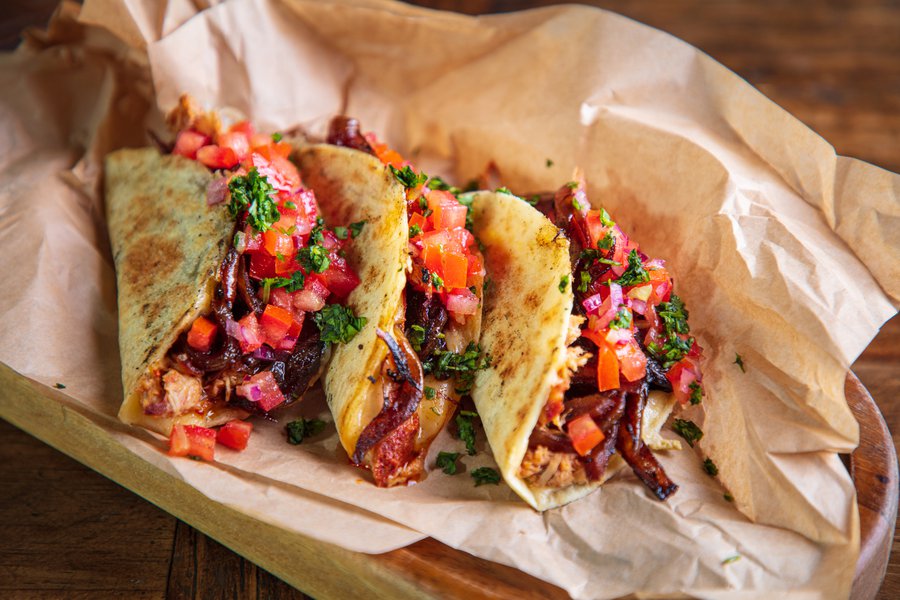 The pandemic changed the way a lot of people shop for clothing, household essentials, groceries, and even fast food. In fact, digital sales soared across all of these categories, and now, a number of fast food restaurants are adjusting their layout to accommodate this new trend.

But some fast food joints are really trying to cater to digital orders. In fact, Taco Bell, which is owned by Yum! Brands (NYSE: YUM), is opening its first digital-only U.S. restaurant in New York City’s Times Square.

A shift to digital

Customers who visit Taco Bell’s digital-only location won’t be able to walk in and place an order with a live person. Rather, they’ll need to order their meals ahead of time using an app or otherwise utilize one of the restaurant’s self-order kiosks.

The purpose of this new design is multifold. First, it’s to help Taco Bell employees at a notably busy location avoid getting overwhelmed, as well as keep foot traffic to a manageable level. Times Square normally sees an estimated 50 million visitors every year, and tourists tend to flock to restaurants like Taco Bell because they’re not only well-recognized but also far more affordable than the typical New York City eatery.

But this new Taco Bell design also serves the purpose of reducing square footage. And in an expensive city like New York, that results in major cost savings.

This isn’t the first attempt on Taco Bell’s part to open a digital-only location. It already has a similar restaurant in London.

Taco Bell also isn’t the first chain to try out this new model. Other chains, like Starbucks (NASDAQ: SBUX) and Chipotle (NYSE: CMG), have already introduced digital-only locations that eliminate seating and help avoid the long lines their city-based restaurants are notorious for.

Taco Bell’s decision to open a U.S.-based digital-only location is based on the success of its Cantina restaurants, which are smaller, more upscale locations that include alcohol on the menu. Taco Bell has already opened over 20 Cantina locations across New York’s five boroughs, so its new Times Square restaurant largely follows that design.

Of course, whether digital-only restaurants become more popular will depend heavily on ordering trends once the pandemic is over. After a year of isolation, many diners may be eager to enjoy their fast food in person, and these smaller, digital-only locations aren’t set up to encourage customers to linger. On the other hand, if digital food ordering holds steady or gains even more steam, we could see a lot more chains open their own digital-only restaurants.

From a real estate investing standpoint, that’s a mixed bag. Since digital-only locations are smaller in nature, tenants will spend less to rent out space for them, limiting investors’ revenue. On the other hand, that more affordable price point could drive restaurant chains to open a larger number of individual locations, thereby putting more money into investors’ pockets. Plus, this new design may also make it easier for chains to add locations in crowded cities, where real estate tends to come at a premium.

Ray Al-Malt spent much of his Tuesday in Orlando, Florida, preparing for rain and high-speed winds. Ray … END_OF_DOCUMENT_TOKEN_TO_BE_REPLACED

Hello again everybody and welcome to our live blog with all of the latest financial news coming out of the United States this Saturday, October 1. Our … END_OF_DOCUMENT_TOKEN_TO_BE_REPLACED