Tiptree Inc. said in March it hoped an initial public offering of The Fortegra Group Inc. would unlock value in the subsidiary that was not reflected in Tiptree’s stock price.

The strategy worked, for a while anyway.

Fortegra, a Jacksonville-based specialty insurance company, is the major operating subsidiary of New York-based Tiptree. It bought the company for $218 million in 2014.

Fortegra publicly filed for its IPO on March 15 and proposed terms for the sale April 20, saying it hoped to sell 8.3 million shares at $15 to $17 each.

The April 20 filing said Tiptree would retain 48.46 million shares of Fortegra after the IPO. If the shares were sold in the midpoint of its range, $16, that would make Tiptree’s stake worth about $775 million.

Tiptree has 32.55 million outstanding shares of its own stock. If its Fortegra stake was worth $775 million, that would make the stake worth $23.81 per Tiptree share, far above its trading price.

Tiptree closed at $6.51 on March 15 before the Fortegra IPO filing was made public.

The stock began rising after that, reaching $10 on April 19 before the proposed IPO terms were filed. The terms sent the stock even higher to a peak of $15.48 on April 26. Tiptree’s strategy of lifting its value through the Fortegra IPO seemed to be working.

However, Tiptree abruptly canceled the IPO on April 29, the day Fortegra’s shares were expected to begin trading on the New York Stock Exchange.

Tiptree’s stock, which had already fallen back from its high three days earlier, dropped as much as $4.51 to $8.04 on April 29.

The stock ended down 33% last week, making it the fifth-biggest loser in U.S. markets, according to investing website Seeking Alpha.

Tiptree said in a Securities and Exchange Commission filing it withdrew the IPO because of market conditions and the “high value” it places on Fortegra. That indicates Wall Street didn’t see the same value and the company couldn’t get the IPO price it wanted.

Before it withdrew the IPO, Tiptree said in a Securities and Exchange Commission filing that Fortegra’s adjusted earnings rose 46% to $12.8 million in the first quarter.

That followed adjusted earnings growth of 32% to $43.4 million in 2020, according to Fortegra’s IPO filings.

“Tiptree remains committed to supporting Fortegra continuing its growth trajectory and views the specialty insurer as a core operating business in the Tiptree family of companies,” Tiptree said in its filing explaining the withdrawal.

Stein Mart Inc. went public in 1992, a time when IPOs were not as common.

Stein Mart filed notices with the SEC saying as of the effective date, “all shares of the Company’s common stock and all outstanding options to purchase common stock will be cancelled.”

Stein Mart closed the last of its stores in October and essentially went out of business at that point.

The steinmart.com website was relaunched by Retail Ecommerce Ventures, which acquired Stein Mart’s intellectual property in bankruptcy court. That online business is not connected to the former Jacksonville-based company.

The St. Joe Co. reported a big increase last week in first-quarter revenue, with the real estate developer saying it is benefiting from growth in the Florida Panhandle.

St. Joe was a longtime Jacksonville-based conglomerate with interests in several industries plus large landholdings in the Panhandle.

It sold off its industrial businesses to focus on developing that land and moved its headquarters to the region in 2010. It now is headquartered in a Panama City Beach office park it owns.

St. Joe more than doubled its first quarter revenue to $41.3 million and recorded earnings of $3.2 million, or 5 cents a share, reversing a loss in the first quarter of 2020.

In a news release, CEO Jorge Gonzalez said the revenue growth was significant because the winter quarter is normally its slowest time of the year.

“We believe that this is an indication of Northwest Florida becoming less seasonal and more of a year-round resort destination as well as an increase in the number of residents that are choosing to live here full-time,” Gonzalez said.

“We believe these trends will continue and we have been positioning the Company accordingly,” he said.

FRP Holdings Inc. reported a large increase in first-quarter earnings because of a gain related to a real estate partnership project in Washington, D.C.

The gain related to accounting for its ownership interest in a project called The Maren, one of two riverfront mixed-used projects developed by FRP near the Nationals Park, home of the Washington Nationals baseball team.

FRP said leasing at the two projects has been strong despite the COVID-19 pandemic and it expects a return to normal activity to help its business at the sites.

“The fact that baseball has started back up with fans in attendance should only further interest in our properties and bolster revenues for our retail tenants,” the company said April 3 in a news release.

But after its sale of 83.3 million shares, which significantly increased the number of outstanding shares, five firms filed SEC statements showing significant investments in the Jacksonville-based staffing company.

One of those firms already made a profit on its investment. FiveT Investment Management Ltd. reported it bought 10 million shares at 60 cents each in the April 18 offering but then sold 5.04 million of those shares at prices slightly above 60 cents.

That sale lowered FiveT’s stake in GEE Group to 4.7%, below the 5% threshold that requires firms to file their ownership interests with the SEC.

GEE Group used proceeds from the stock sale to pay off debt.

The Kraft Heinz Co. reported coffee sales dropped 23.6% in the first quarter to $210 million, according to its quarterly SEC filing.

However, the food conglomerate didn’t address the coffee business at all during its quarterly presentations to analysts last week.

Financial news reports have said for more than two years that Kraft Heinz would like to sell the Maxwell House business as it restructures its operations, but company officials have never talked publicly about it.

Facebook building the world’s fastest AI supercomputer to help detect and moderate offensive posts and content, from among its billions of … END_OF_DOCUMENT_TOKEN_TO_BE_REPLACED

The entire financial world is holding its collective breath in anxious anticipation just 24-hours before the next Federal Reserve meeting. … END_OF_DOCUMENT_TOKEN_TO_BE_REPLACED 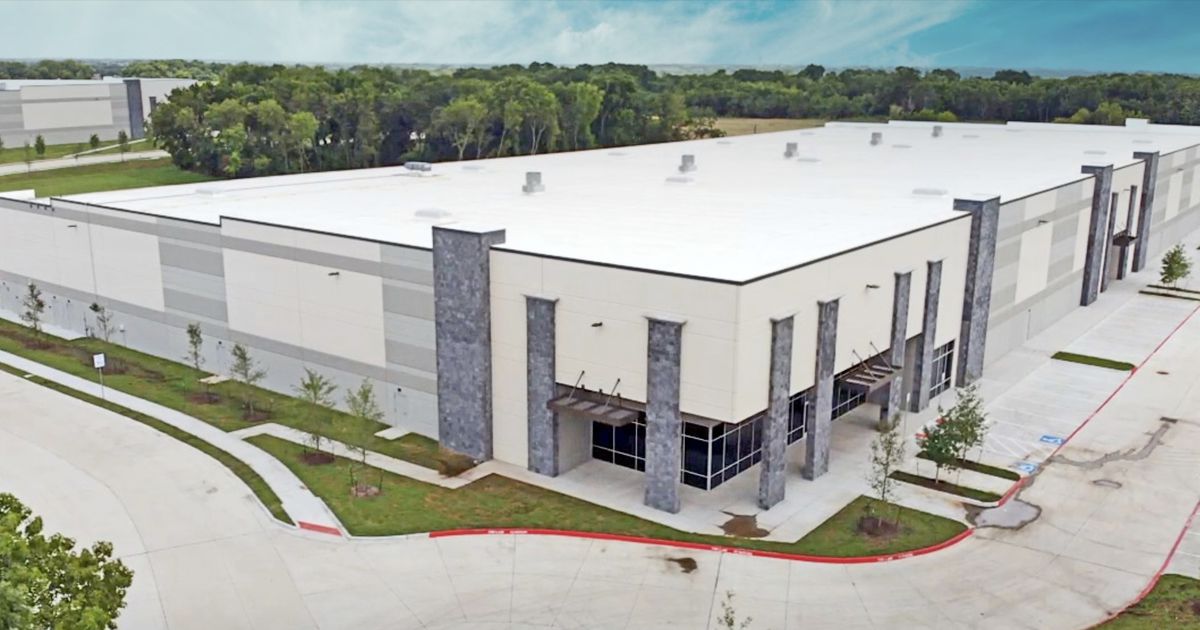