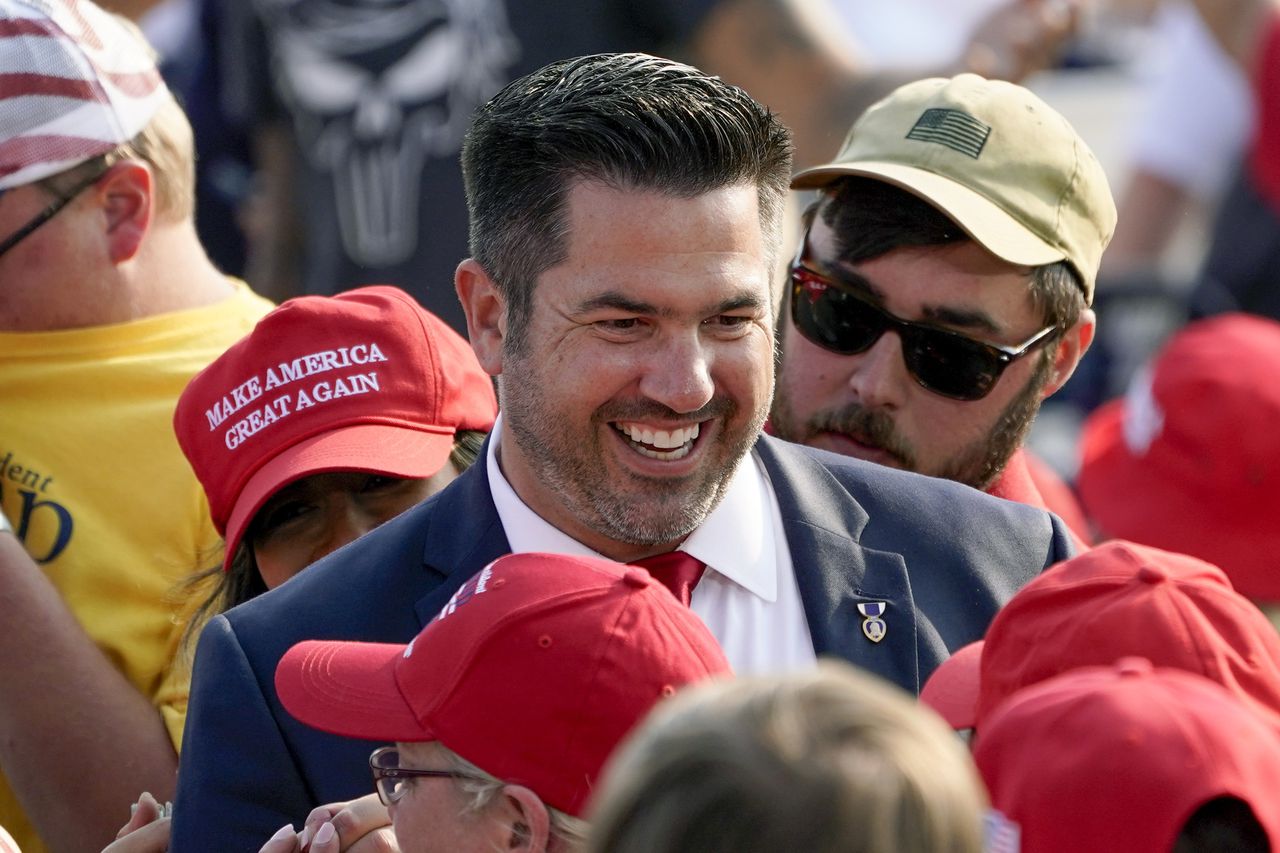 Parnell, who unsuccessfully challenged Democratic U.S. Rep. Conor Lamb in western Pennsylvania last year, has spent weeks saying he was considering a run. On Tuesday, he updated his social media accounts, launched a new Senate campaign site and made his official announcement to a couple of hundred people gathered outdoors at a suburban Pittsburgh restaurant.

The campaign for an open U.S. Senate seat in the presidential battleground state could be the nation’s most competitive next year. Both the Democratic and Republican fields are getting crowded, with a year to go until next year’s primary election.

At the event, Parnell, 39, cast the opposition against President Joe Biden in warlike terms.

Parnell became a staunch ally of Trump during his candidacy last year. He adopted Trump’s law-and-order rhetoric, got regular campaign stump shoutouts from Trump and picked a speaking slot at the Republican National Convention.

Trump has not made an endorsement in the race, and Parnell will not face an open field, as it stands now.

Rather, he could face a stiff primary contest against a candidate with personal wealth and connections to longtime GOP donors. But in a party where loyalty to Trump is of prime importance, Parnell may be uniquely positioned.

Parnell quickly secured campaign boosterism from Donald Trump Jr. on Twitter on Tuesday, as GOP rival Jeff Bartos began highlighting Parnell’s past criticism of Donald Trump in 2016 — when Parnell was campaigning for Florida Sen. Marco Rubio, then Trump’s rival for the presidential nomination.

In the congressional race, Parnell showed his mettle in fundraising, raising nearly $4 million before he lost narrowly to Lamb in a politically divided district running from Pittsburgh’s upscale suburbs through former steel towns along the Ohio River to the Ohio border.

Parnell later joined a post-election lawsuit in an attempt to overturn Biden’s victory in Pennsylvania’s presidential election. That lawsuit — which sought to throw out 2.5 million mail-in ballots, most of which were cast by Democrats — was rejected by the state Supreme Court, and the U.S. Supreme Court later declined to take it up.

The seat is open in 2023 after two-term Republican U.S. Sen. Pat Toomey announced in October that he would not run again.

On the Democratic side, Lt. Gov. John Fetterman has declared his candidacy, as have several others, while Lamb is considering a campaign.

Also running for the Republican nomination is Bartos, the state’s unsuccessful candidate for lieutenant governor in 2018.

Bartos, who hails from the other side of the state in suburban Pittsburgh, is a real estate investor and longtime GOP fundraiser who has the personal wealth to write his campaign a big check.

On Tuesday, hours ahead of Parnell’s announcement, Bartos’ campaign tried to lay claim to the race.

Six county party chairs and six state lawmakers, in a statement, called Bartos “our best chance to win the Pennsylvania U.S. Senate seat” and urged Parnell to instead run for the House again.

The Bartos campaign also launched an online effort to highlight Parnell’s pre-2017 criticism of Trump, saying he “sided with liberals” and showing where, on Twitter, he wrote in 2016 that “Trump needs to release his taxes. It’s an avoidable vulnerability.”

A handful of lesser-known candidates have declared, including Kathy Barnette, who ran unsuccessfully for a suburban Philadelphia seat in Congress last year.

Harrison Butker is going to be playing for another Super Bowl with the Kansas City Chiefs.Butker nailed the game-winning field goal to send the Chiefs … END_OF_DOCUMENT_TOKEN_TO_BE_REPLACED