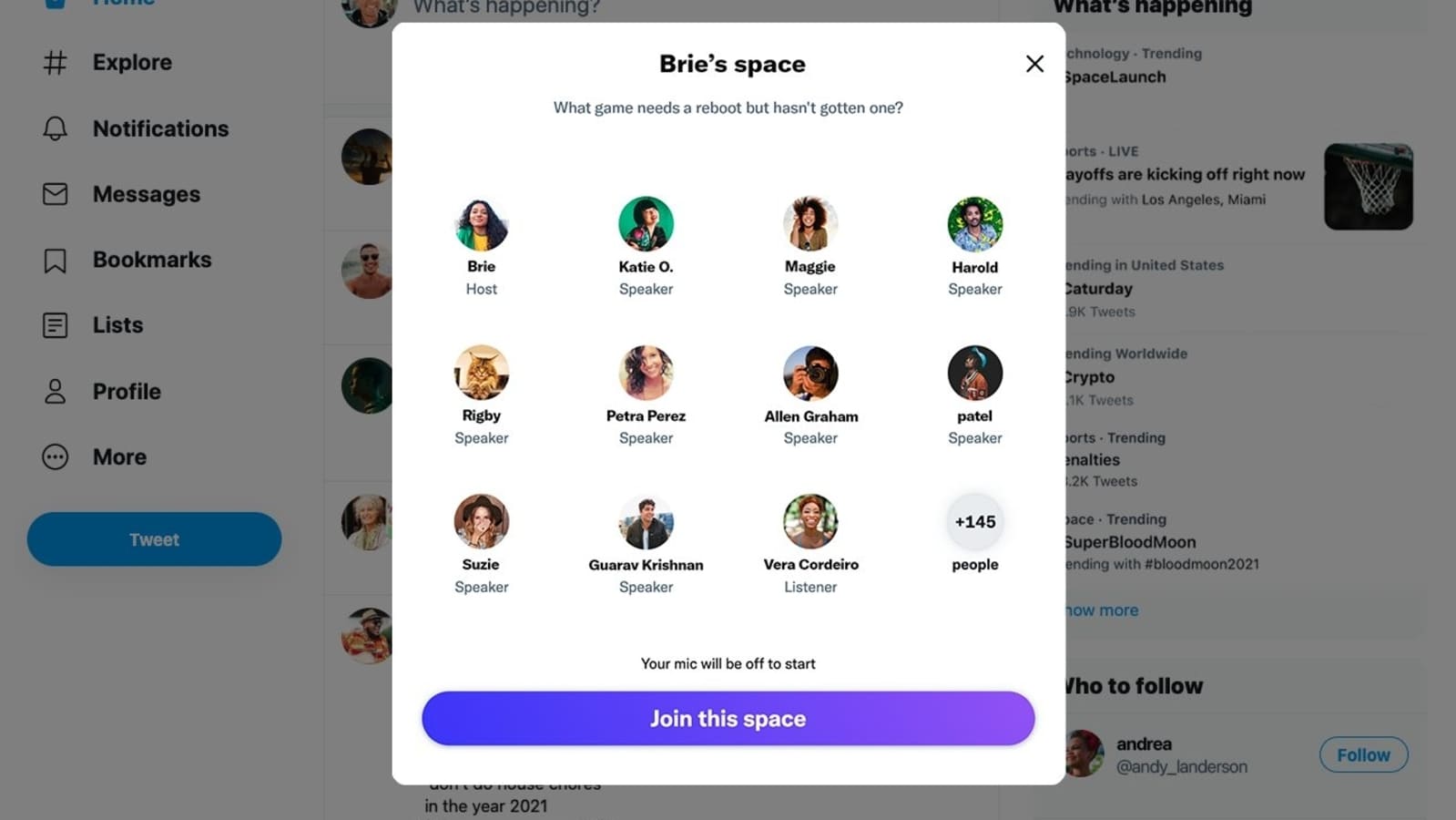 Twitter has made it possible to join Spaces from a mobile and desktop web browser. Earlier Twitter Spaces was available only on the Android and iOS apps. Now users can join a Spaces room from a browser as well. Twitter has been making some quick updates to Spaces after it expanded the feature to more users.

Twitter announced earlier today the expansion of Spaces to more platforms. It also highlighted three key focus areas for Spaces. First is the infrastructure and listening UI that “adapts to your screen size.” The second is setting reminders for scheduled spaces, and third is accessibility and transcriptions. Twitter also gave examples of how Spaces will look on the web browser. One image shows the UI of joining a Space. It’s much like the mobile app version where you can see the host’s name, description, and list of participants.

The second image shows an ongoing Space window that’s placed on the right side of the screen. So you can listen to the Space conversations while browsing through tweets at the same time. Twitter also shows real-time transcriptions of the Space that’s displayed at the bottom of the window. There is one limitation though. While you can join, listen and speak in Spaces from the browser, you can’t start one yet. Twitter confirmed this to The Verge, and there’s no word on when it will be available.

With Spaces now available on the web browser, it shows Twitter is quite serious about its Clubhouse-rival. It recently started testing ‘Ticketed Spaces’ that lets select users sell tickets for their Spaces. Twitter also rolled out scheduling and reminders for Spaces making it more convenient for users.

Harrison Butker is going to be playing for another Super Bowl with the Kansas City Chiefs.Butker nailed the game-winning field goal to send the Chiefs … END_OF_DOCUMENT_TOKEN_TO_BE_REPLACED