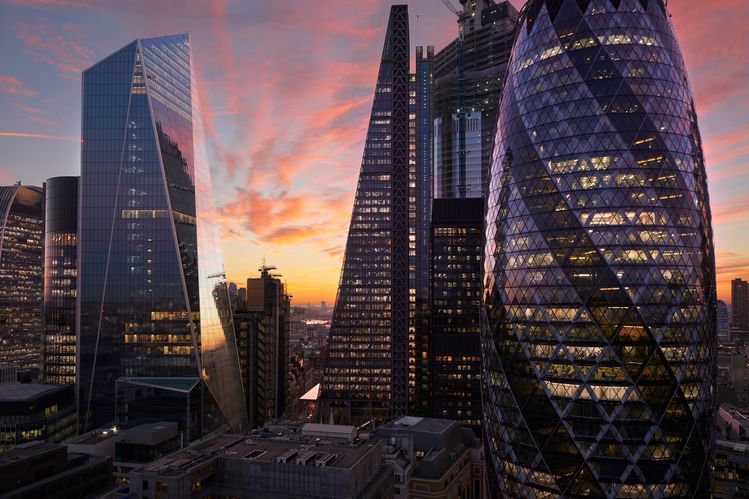 The UK wants an exemption for the City from the G7’s global tax rule, which is intended to force tech giants to pay tax in the countries in which their revenues arise, according to reports.

With just days to go before the G7 meeting kicks off in Cornwall, Chancellor Rishi Sunak is reported to be pressing the group of leading nations for the carveout for the financial service sector.

An official close to the meetings said the UK is among countries hoping “for an exemption on financial services”, according to the Financial Times.

UK-headquartered banks like HSBC and Standard Chartered are expected to be hit by the so-called Pillar 1 rule — the proposal under which taxes are relocated from the country that is currently doing the taxing into where the customers are — which works alongside the global minimum tax level itself as Pillar 2 of the rules.

Both also have major operations in China, with HSBC gleaning over 50% of revenues from the region.

The global tax rule is part of a new system agreed on by the G7 after years of global consultations and research by the OECD.

But the OECD also acknowledged the strong case for limited sectoral exclusions in an October 2020 blueprint, because the likes of banks will have to keep reserves in multiple jurisdictions and conduct activities on which they will be taxed anyway as a condition of trading.

“More specifically, the regulations governing [financial services]… generally require that appropriately capitalised entities are maintained in each market jurisdiction to carry on business in the market concerned. Due to this factor, the profits from activities that arise in a particular market jurisdiction will generally be taxed in that market location with the result that there is no further need for any… reallocation.”

Richard Murphy, a tax researcher and tax justice campaigner, explained that the rule, which “reallocates part of the profits of companies with greater than 10% profit margins to the countries where their customers might be located… will have a significant impact on banks, where profit margins in excess of 10% are commonplace”.

“For a deal supposedly aimed at tech, this one brought in much of the financial services sector as well, although not inappropriately,” Murphy said in a 9 June note.

Murphy added that the Chancellor seemed to be “unaware of what he was doing and is now regretting it”.

A Treasury spokesperson said: “The deal makes sure that the system is fair, so that the right companies pay the right tax in the right places. The agreement will now be discussed in further detail at the G20 financial ministers and central bank governors meeting in July.”

The UK is not the only jurisdiction vying for an exemption. “Our position is we want financial services companies to be exempt and EU countries are in the same position,” a British official told the Financial Times.

Chris Sanger, EY’s global government and risk tax partner noted that having multiple elements to the proposed rules means both pillars have to be looked at when considering how to tax multinational firms.

“The whole tenet of Pillar 1 has been to ensure that tax is paid where the customers are – or more tax is paid where the customer is. For some areas, this is being dealt with already, for example, in the extractives sector, which has taxes that are very specific to the extraction of the minerals, or indeed in the financial services sector where there are specific regulations that require you to be regulated in-country and have a base in that country, which means the profits arise where you are regulated. The logic there is quite clear – there is no need for that reallocation to occur in those cases. That is where the UK is starting from in relation to this – no wanting a situation that imposes extra burden and complexity,” Sanger said.

He added the challenge is that every exemption creates greater complexity and more grey areas, and that “the moment you start excluding sectors you end up including certain others”.

Sanger said “there does need to be a practical decision” over whether you are going to take a sector-by-sector approach.

Show of politics — banks will be picked up anyway

Alex Cobham, Tax Justice Network’s chief executive, said the US had proposed a narrowing of Pillar 1, meaning some carveouts might need to be litigated again.

But he also flagged the political context around the lobbying. According to TaxWatch UK’s research, under the G7 deal on Pillar 1, the biggest tech companies would actually get a tax cut compared with what they would have paid under the UK’s own digital services tax. The UK agreed to drop this levy as part of G7 tax deal.

“At a broader level, this isn’t the important element of the G7 deal in any case. The biggest banks will be picked up, along with the big tech companies and many others, in the minimum tax rate (Pillar 2).

“This will ensure, as long as the technical definition of the tax base is sound, that all of the biggest seven-to-eight thousand multinationals — with annual global sales above €750m — will have to pay at least 15% as an effective rate on the profits in each jurisdiction that they operate in. We think this could raise some $275bn a year in additional revenues – compared with the OECD’s estimate for Pillar 1 on $5bn-$12n. Everyone should be focused on the minimum tax,” Cobham said.

“After over a decade of tension between policymakers and the financial services sector since the global financial crisis and the Brexit debate, there are real signs that the UK government sees the City as part of the solution to the greatest fall in GDP in our lifetimes,” Anderson said.

To contact the authors of this story with feedback or news, email Penny Sukhraj and James Booth

By Rajesh Rege Until very recently, sustainability did not gain currency as a defined corporate objective across a majority of industrial sectors. … END_OF_DOCUMENT_TOKEN_TO_BE_REPLACED

The revelation that a cryptocurrency lobbyist donated £500,000 to the Conservative Party two months before the government pledged to turn the UK into … END_OF_DOCUMENT_TOKEN_TO_BE_REPLACED

WASHTENAW COUNTY – An indoor saltwater pool, vaulted ceilings and rolling hills are the highlights of a spacious 14,000-square-foot estate in between … END_OF_DOCUMENT_TOKEN_TO_BE_REPLACED