Business models evolved with time, either due to changes in the market trend or the advent of technology. This has kickstarted a slew of new and exciting trends. One such trend is on-demand laundry. Of late, the traditional laundry market has observed a huge transformation from washing clothes at home to going to coin-operated washing machines to opting for on-demand services, which includes pick-up and drop-off services.

As per numerous market research reports, the on-demand laundry industry is predicted to grow in the coming years as it offers convenience combined with reasonable pricing. Furthermore, the COVID-19 pandemic crisis has accelerated the speed by which consumers have embraced online services. The digital laundry startups that operate via a mobile app or website have also gained traction during the pandemic.

Relatively, let’s take a look at the fast-growing on-demand laundry startups based in the UK.

Oxwash is an app-based on-demand home & commercials laundry services provider that revolutionises the washing industry. Users can book the services through the platform, and schedule the pickup and delivery of the clothes. The clothes are picked up from the users and returned after the services. Their app is available for iOS & Android devices. It combines next-generation cleaning and logistics platforms, thereby addressing the loop in the ever-increasing on-demand hospitality and catering industries.

While Oxwash is based in Oxford, the company opened its operations in London late last year. Also, it bagged £1.75 million in seed funding from RB Ventures, RB’s (Reckitt Benckiser) new venture arm, TrueSight Ventures, Biz Stone (co-founder of Twitter), Paul Forster (founder of Indeed.com), Founders Factory, Oxford Technology Management and a slew of angel investors. Apart from launching in London, the funds will be used to invest in its proprietary technology platform and expand in North America and Europe in the next 12-18 months.

LaundryHeap is one of the fastest-growing companies in the UK. The next-generation laundry and dry cleaning startup based in London deploys its scouts to pick and deliver clothes to the users’ doorsteps within 24 hours. It operates in many countries across the world including the US, Europe, UAE, etc. The app-based on-demand service provider lets users book the services through the platform and schedule the pickup & delivery of clothes. These are picked up from the users in the company’s bags and returned after the service is completed.

Earlier this year, LaundryHeap secured Series A funding of $3.5 million (nearly £2.5 million) from London-based Sova VC. The company plans to expand in the US, Middle East and Asia. 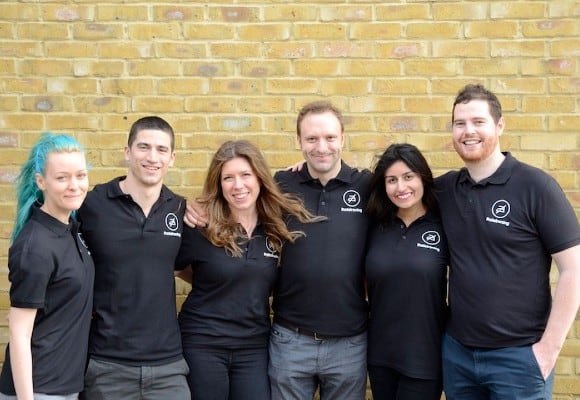 London-based ihateironing is one of the biggest laundry services in Britain that has partnered with a network of dry cleaners in the region. The company operates with the goal to connect customers with the best local dry cleaners through its smart booking and customer fulfilment platform. Users can book the service via the mobile app or website. Currently, ihateironing operates in many cities in the UK and select global markets including Singapore, New York, and Sydney. 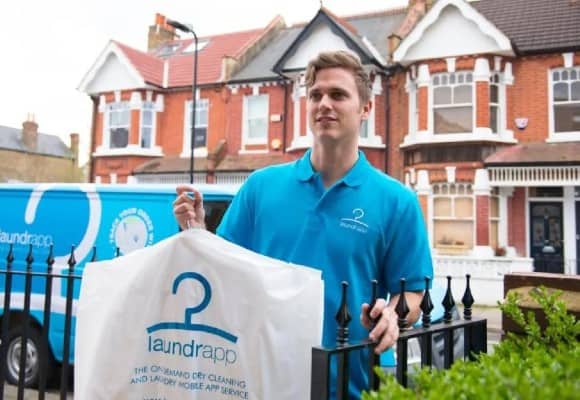 Laundrapp is one of the leading online laundry and dry cleaning services in the UK. It offers unparalleled levels of quality cleaning across London and up to 100 towns and cities. Their 5-star laundry service replaces the need for using the local laundrette or dry cleaner and offers a quick and convenient pick-up service direct from the users’ homes. Users can avail the laundry service via both its mobile app and website.

Back in 2019, Laundrapp and Zipjet from Berlin confirmed the completion of the merger. The combined business is touted to be the largest on-demand laundry business in the UK.

Much before the merger, Laundrapp raised £5 million from Hambro Perks, Hargreave Hale and Atami Capital. The proceeds were used to expand Laundrapp even faster and take the business to the next level. Love2Laundry is an online laundry service provider that manages pickup, wash and delivery of laundry clothes. Users can schedule 1-hour slots for laundry pickup. The company claims to have a service timeframe of 24 hours. Its services are offered starting from £1.8 per shirt for a minimum order of 15 items. Also, the company operates physical stores for pick up and delivery of laundry clothes.

In 2017, Love2Laundry bagged £186K in an equity crowdfunding campaign on Crowdcube, which was beyond its target of £150K.

The Dallas Cowboys have a vacancy - and just one kicker presently on the roster. And he's a familiar face to Texas Tech fans, as it's Jonathan … END_OF_DOCUMENT_TOKEN_TO_BE_REPLACED