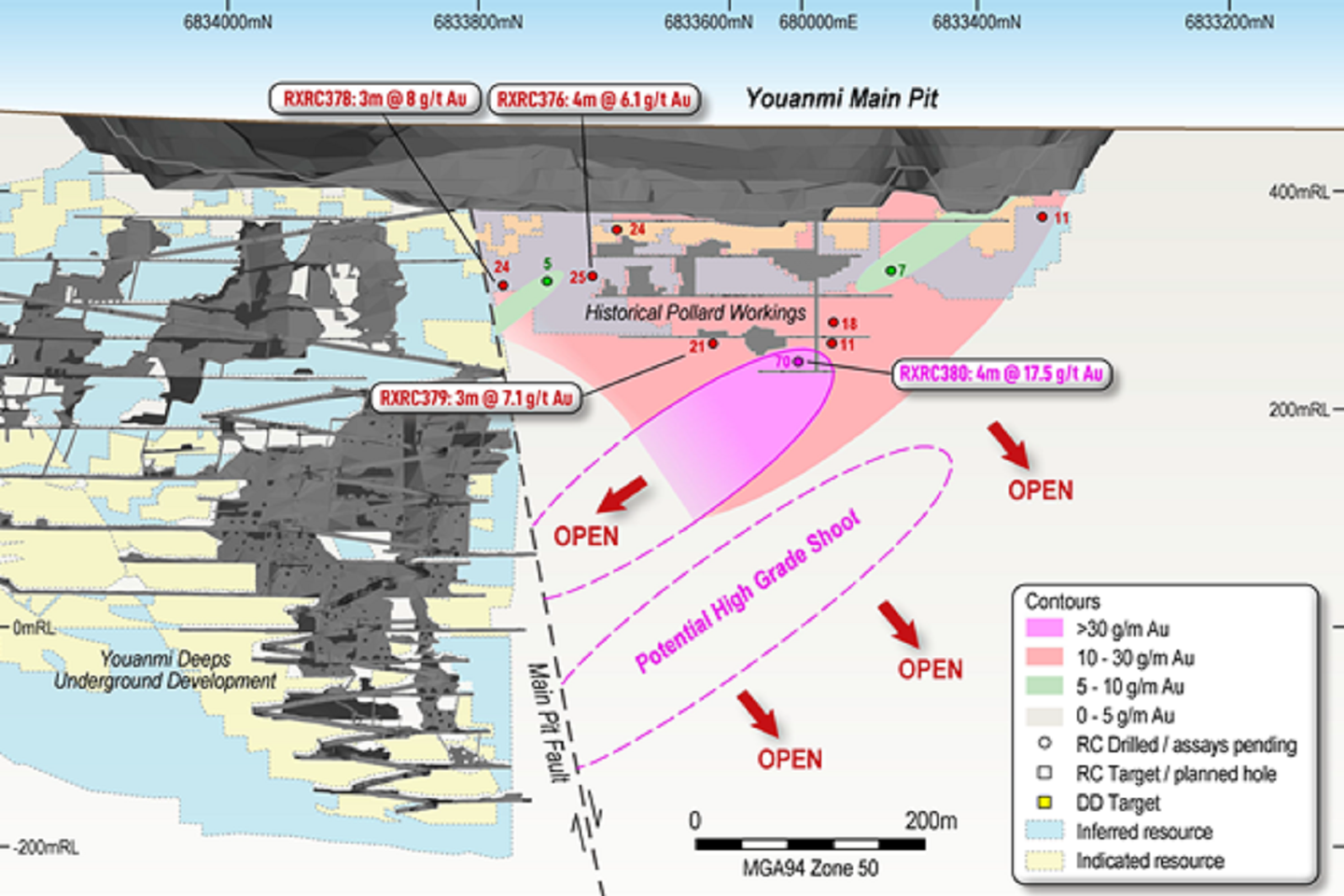 ASX-listed Venus Metals and joint venture partner Rox Resources are extending deep drilling at their Youanmi gold project near Mt Magnet in Western Australia. The pair have added 2,000m of diamond drilling to a program targeting depth extensions to high-grade gold shoots and seeking new ones.

Recent stellar gold hits are expected to feed into an upcoming resource update with the partners looking to add to the deposit’s 1.19 million ounces.

Youanmi historically produced 667,000 ounces at an impressive 5.47 grams per tonne gold from several open pits and underground mines until its closure in the 1990s.

A third drilling rig is being brought in by Rox, which has 70 per cent of Youanmi, and Venus, which owns the balance.

RC drilling in recent months has been focused on the Link, Grace and Junction prospects beneath and in the vicinity of historical operations.

The campaign has returned multiple eye-catching hits including 4m at 17.5 grams per tonne from 259m and 4m at 6.1 g/t gold from 170m at Junction.

Venture believes there is potential for mineralisation to run as deep as 950m at Junction, similar to known resources at the main Youanmi underground development.

Further to the north at Link, drilling is targeting high-grade ore shoots directly down-plunge from three open pits and the Hill End underground mine.

Rox Resources Managing Director, Alex Passmore said:”The activity levels at Youanmi have continually ramped up through the year with the company’s exploration model delivering exceptional results at Junction. We look forward to receiving results of the diamond drilling currently underway. The company’s drilling results and re-interpretation work that has been undertaken since acquiring its interest in the Youanmi gold project have been incorporated into a new mineral resource estimate which is in the final stages of validation and which we look forward to releasing in the short term.”

Assays from a further 16 holes from Link, Junction and Grace are pending.

Is your ASX-listed company doing something interesting? Contact: matt.birney@businessnews.com.au

The University of Plymouth, the AHSN Network and Boehringer Ingelheim, has launched evidence-based recommendations to drive inclusive digital health … END_OF_DOCUMENT_TOKEN_TO_BE_REPLACED

This year’s Rising Stars of Private Equity has been published at a time of great uncertainty for the sector, as the young professionals on our list … END_OF_DOCUMENT_TOKEN_TO_BE_REPLACED

If you know of local business openings or closings, please notify us here.PREVIOUS OPENINGS AND CLOSINGS· Air Products and Chemicals Inc.'s chosen … END_OF_DOCUMENT_TOKEN_TO_BE_REPLACED