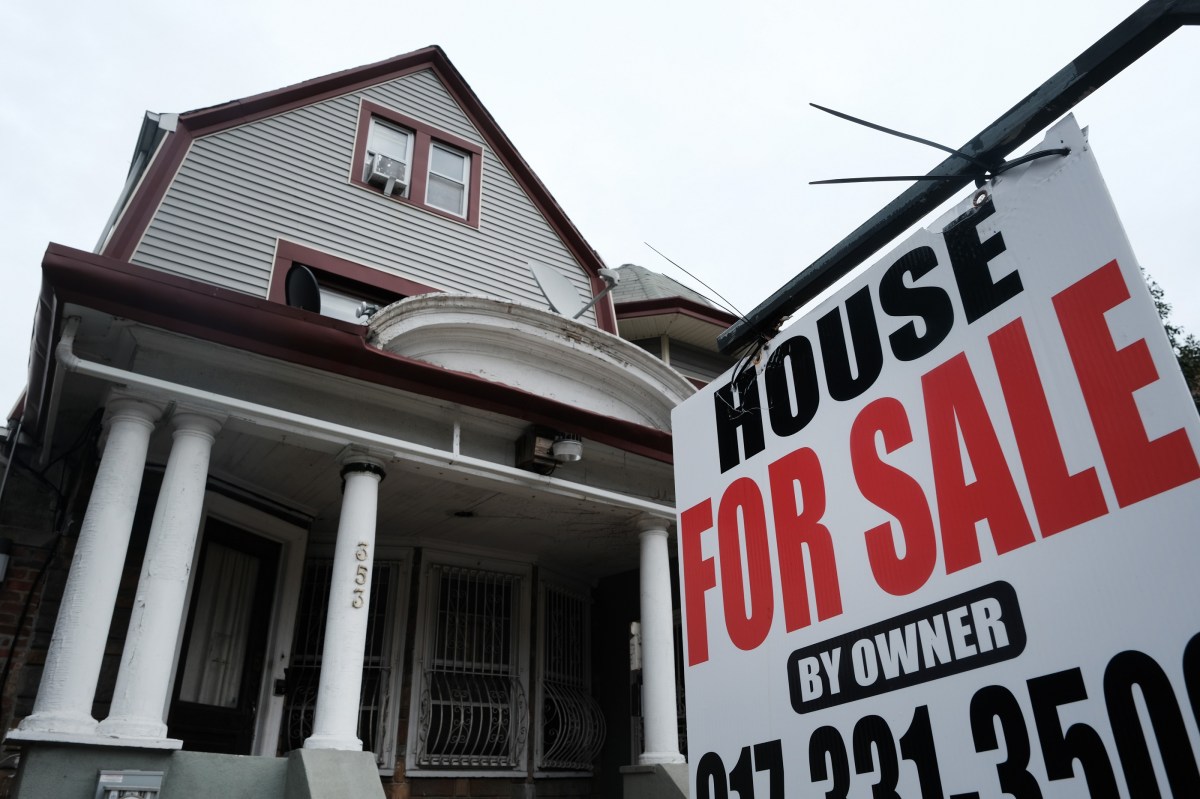 This is just one of the stories from our “I’ve Always Wondered” series, where we tackle all of your questions about the world of business, no matter how big or small. Ever wondered if recycling is worth it? Or how store brands stack up against name brands? Check out more from the series here.

Who is buying houses right now when the prices are so high and the number of people unemployed is high? With trillions of dollars going into the economy to stabilize and make sure we recover — how is it that the housing market is booming?

Jack Kavanaugh, a 31-year-old resident of New York state, and his wife had been house hunting for more than four months, getting text after text from their agent telling them their bids were unsuccessful.

But when the agent called? He had the feeling that ring would be a harbinger of good news. When he picked up the phone, his agent said: “Congratulations. You guys just bought a house.”

Kavanaugh, who purchased the home in Amherst, New York, last summer, faced a competitive housing market — encountering what many Americans have throughout the country. Prices have skyrocketed, with new homes rising 18% and pre-owned ones up almost 24% in the past year.

Two years ago, it would have been unheard of to waive an inspection on a house in his area. “Now, it’s standard practice,” he said.

How are people able to afford homes?

During the pandemic, the country reached record unemployment levels, at one point recording a jobless rate of almost 15% — the worst since the Great Depression.

The most recent jobs report showed that unemployment dropped to 5.8% in May, compared to 6.1% in April. It was a solid improvement but indicated that employers are having trouble hiring workers. The rates for people of color are still disproportionately high, with unemployment at 7.3% for Hispanic workers and 9.1% for Black workers.

Despite the high number of jobless Americans, many remained steadily employed and were able to amass savings.

“There’s a large chunk of the population that has kept their jobs, is seeing record-low mortgage rates and have enjoyed startling gains in stock market wealth since the beginning of the pandemic,” said Joel Prakken, chief U.S. economist at IHS Markit. “So there are people that have resources available to buy houses.”

The 30-year fixed mortgage rate stood at 2.96% in May, down from 3.23% during the same month last year, according to Freddie Mac.

Family support can also be crucial in a housing market like this. Kavanaugh said his parents gave him and his wife some money to help buy their home.

“It wasn’t a massive amount of money. It wasn’t like we were able to put in cash offers … but it was enough to make a significant down payment,” Kavaunagh said. “I think based on most of the people I talked to who’ve been able to make purchases, particularly around our age, has been situations like that — where you’re able to use some sort of generational wealth to make that purchase.”

He added that because student loans have been in forbearance due to the pandemic, he and his wife were able to save up to $700 a month to buy their home.

“My wife and I are both master’s-level educated professionals making, I think, more than adequate salaries, but it’s hard to actually save,” he said.

Other factors that analysts cite for the housing market frenzy include the wave of millennials entering their prime homebuying years (like Kavanaugh), a shortage of available homes and the rise of remote work, which has spurred people to seek out homes in more affordable areas.

According to a recent report from the National Association of Realtors, the U.S. is short about 6.8 million housing units.

People “want single-family, detached housing units — and to a lesser extent, apartments — in the suburbs, that aren’t there,” Prakken said.

Jessica Lautz, vice president of demographics and behavioral insights at the National Association of Realtors, said millennials are the largest generation of homebuyers she’s seeing — contrary to what people think. Lautz defined millennials as those between the ages of 22 and 40.

The person likely buying a home today is a middle-aged millennial with a six-figure household income who may be married, according to Lautz. But the person could also be a single woman or part of an unmarried couple.

Broken down by race, Lautz said about 80% of homebuyers are white, 7% are Hispanic/Latinx, 5% are Asian and 5% are Black.

Kavanaugh, for his part, now has more freedom by owning a home.

“We got here and it was like, this is great. This is what we wanted. We have our own space,” he said. “When you’re renting, it’s like, you get tired of having to ask for permission if you want to paint or you’re at sort of your landlord’s whim about your appliances and if things are gonna get fixed.”

But prospective residents aren’t the only ones buying homes. Hopeful buyers and lawmakers are concerned about the role of private equity firms in the market.

Cris deRitis, deputy chief economist at Moody’s Analytics, said that about 75% of homebuyers today intend to live in those homes, while about roughly 25% are investors.

Typically, investors account for about 10 to 15% of homebuyers, deRitis said. “So you certainly have a larger investor component today than usual, but most buyers are still owners.”

In total, institutional investors own 2% of single-family rental homes, according to data from Amherst Pierpont Securities.

The future of the housing market

House shopping is popular just about everywhere in the country at the moment, according to Nancy Wu, a Zillow Group economist.

She said she’s seeing particularly robust activity in cities like Denver and states like Texas, while deRitis said other hot markets include Idaho, Arizona and Florida.

Wu said people are also attracted to areas in the middle of the country with warm climates but that are relatively affordable compared to coastal regions.

As of May, Wu said, housing inventory is finally showing signs that it’s recovering at the national level after about a year of steady decline.

“But while there has been a slight uptick in inventory, demand continues to outpace supply by a good margin,” she noted.

She added that as vaccinations continue and people gain confidence that they can sell safely, we may see more owners putting their homes on the market.

The University of Plymouth, the AHSN Network and Boehringer Ingelheim, has launched evidence-based recommendations to drive inclusive digital health … END_OF_DOCUMENT_TOKEN_TO_BE_REPLACED

This year’s Rising Stars of Private Equity has been published at a time of great uncertainty for the sector, as the young professionals on our list … END_OF_DOCUMENT_TOKEN_TO_BE_REPLACED

If you know of local business openings or closings, please notify us here.PREVIOUS OPENINGS AND CLOSINGS· Air Products and Chemicals Inc.'s chosen … END_OF_DOCUMENT_TOKEN_TO_BE_REPLACED