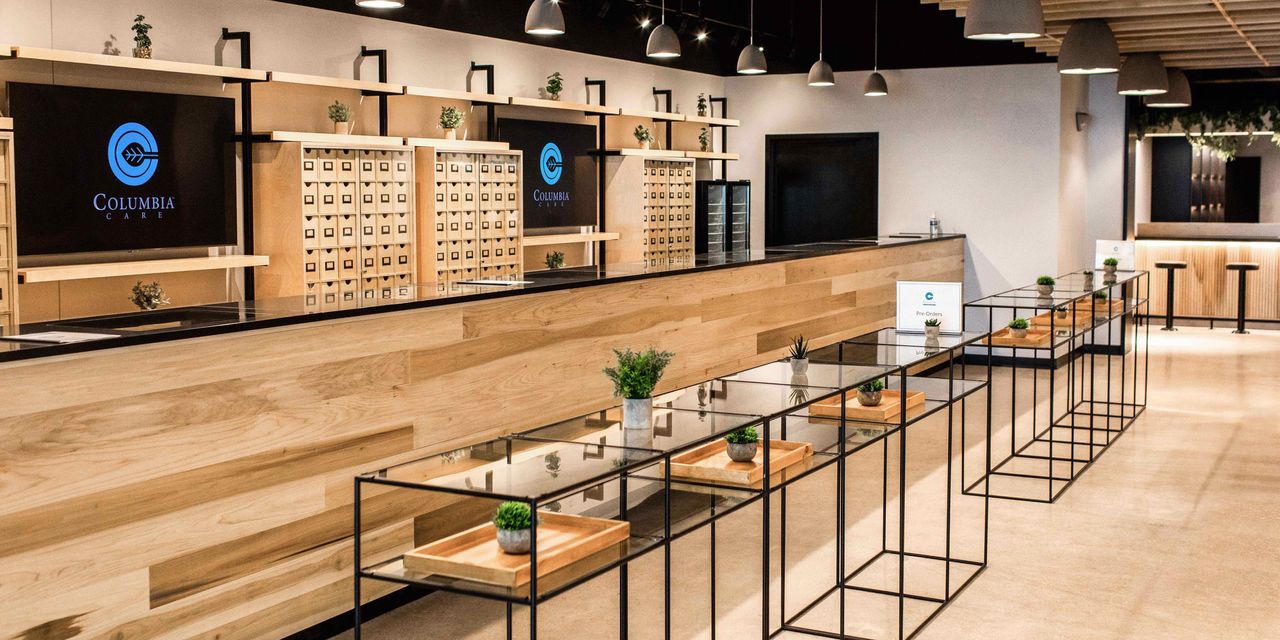 A Columbia Care cannabis dispensary in the Chicago area.

When recreational sales of marijuana begin next year in New York,

will be ready. Last month, the cannabis seller acquired a million square feet of growing capacity on the North Fork of the state’s Long Island.

“We are now the largest grower in New York,” Chief Executive Nick Vita told Barron’s on Monday afternoon, after Columbia Care (ticker: CCHWF) released its financial results for the March quarter. The news, disclosed before the market opened, was met by a 2% decline in Columbia’s stock price, to $6.03, while the

American cannabis companies are among the country’s fastest-growing industries, but the stocks peaked in February.

(GTBIF), but Columbia Care’s sales are growing fast. March revenue rose 220% over the year-earlier quarter, to $93 million, leaving a loss of $15 million, or 5 cents a share. Earnings before interest, taxes, depreciation, and amortization came to $10 million, excluding noncash and one-time charges.

At about 10% of revenue, those Ebitda margins trailed behind what investors saw at

“We have more markets that are going through significant capital expenditure right now,” Vita told Barron’s. Columbia is first targeting growth, he said, and then margin expansion. Sales are expected to boom in many states where the company is licensed.

Next year, for example, New Jersey and New York will allow recreational sales to adults. Even before then, New York will permit the sale of dried cannabis flower to medical customers—a change that stimulated sales, when it happened in medical marijuana markets like Florida and Pennsylvania. As the largest cultivation site on the East Coast, Columbia’s Long Island location will have room to host small operators licensed under New York’s social equity provisions.

Vita says that Columbia’s investments will start to show up in its profit margins. “We’re about a quarter away from seeing all those benefits materialize,” he said.

Write to Bill Alpert at william.alpert@barrons.com

The Westfield Town Council voted 7-1 on Tuesday to introduce an ordinance that allows for a downtown redevelopment plan to move forward.It will next … END_OF_DOCUMENT_TOKEN_TO_BE_REPLACED

New York CNN  —  Bed Bath and Beyond is closing another 87 stores as the struggling retailer barrels toward bankruptcy. … END_OF_DOCUMENT_TOKEN_TO_BE_REPLACED