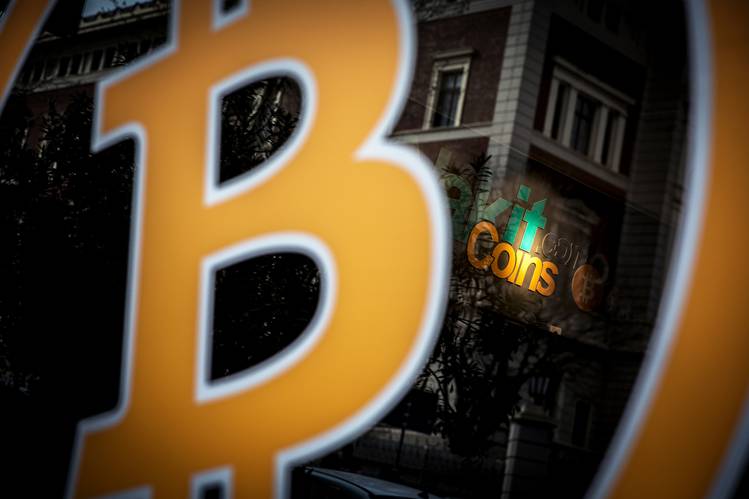 Cryptocurrencies such as bitcoin are “here to stay” but are far from becoming a mainstream asset class, a top official at Deutsche Bank has said.

The German lender’s global chief investment officer Christian Nolting said that while cryptocurrencies have achieved widespread adoption, arguments for cryptocurrencies as an important means of portfolio diversification “need to be treated with caution”.

In a 26 April report, Nolting said there is no reason to believe a “newer, more advanced technology won’t simply replace” bitcoin in future.

He added that regulators may choose not to tolerate a currency they cannot control and that bitcoin’s future as an alternative to gold will be difficult to predict “until its volatility truly subsides”.

Nolting’s comments came as bitcoin headed for its largest price gain since early February, recovering from a recent dip to reach around $53,650 at 1pm BST — an almost 8% rise in 24 hours.

“As investors look for profitable future investments, shifting towards these digital assets could be seen as a way of diversifying return sources,” Nolting wrote.

“However, the ongoing evolution of private cryptocurrencies still has its limits,” he said, arguing that prices are currently being determined by the actions of a handful of asset managers and billionaires.

Bitcoin’s 83% year-to-date price rally has been powered largely by momentum from several key players, such as Tesla, MicroStrategy and Square, adding billions of dollars worth of the cryptocurrency to their portfolios. Major banks such as Goldman Sachs, Morgan Stanley and BNY Mellon have also said they will consider offering bitcoin-linked investment products to clients.

READ  From bitcoin to blockchain: Inside Goldman Sachs’ crypto unit

As central banks opt to develop their own digital currencies, Nolting said cryptocurrencies could soon be complemented or displaced by regulators and governments.

In that event, “the more successful cryptocurrencies are likely to become increasingly differentiated in terms of business models and utility”.

Nolting also said investors need to consider the perspective of how cryptocurrencies and central bank digital currencies could be aligned with environmental, social and governance targets.

“Once we see some stability in terms of price fluctuations, the use of cryptocurrencies for the exchange of goods and services goods could increase as long as central banks have not introduced their own digital currencies,” he concluded.

“However, a lot of progress still needs to be made when it comes to allaying concerns regarding energy efficiency, transaction speed, identification issues and regulation before private sector cryptocurrencies can have mainstream acceptance.”

Arkansas Tech University students, their families, volunteers from the ATU move-in crew and ATU faculty and staff were among those who worked together … END_OF_DOCUMENT_TOKEN_TO_BE_REPLACED

Jain Anshu, President of Cantor Fitzgerald appears on CNBC's Squawk on the Street at the 2020 World Economic Forum in Davos, Switzerland on Jan. 22nd. … END_OF_DOCUMENT_TOKEN_TO_BE_REPLACED

With more than $750 million in building projects to complete, the Cherokee Nation has embarked on a monthslong hiring spree.A labor recruitment effort … END_OF_DOCUMENT_TOKEN_TO_BE_REPLACED