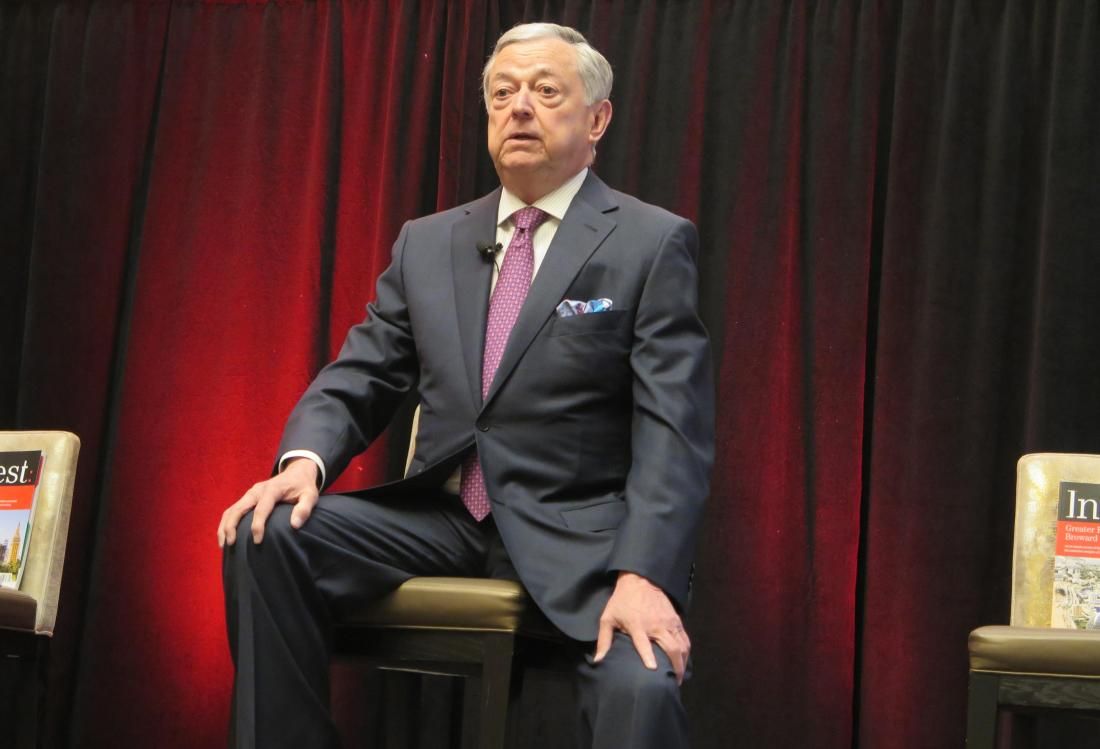 Florida Gov. Ron DeSantis on April 23 signed a compact with the Seminole Tribe of Florida. It would expand gaming in the state, guarantee the state $2.5B in revenue sharing in the next five years and $6B through 2030, and give the tribe the exclusive right to operate sports betting in the state through 2030.

Critics have vowed to stop the plan, alleging it is unconstitutional.

Some of the state’s biggest real estate players are lining up on either side of the fight, with some potentially in a position to build huge casino resorts, and others fearing the effects if such establishments come to fruition.

Codina Partners founder and Chairman Armando Codina, who has been dubbed ‘The Godfather of Doral,’’ said he will fight the new gambling proposals.

A major Miami-area developer, Codina Partners founder and Executive Chairman Armando Codina, who is particularly active in the city of Doral and has fought against casinos for years, vowed to stop the new deal. “We are prepared to fight in court,” he told the Miami Herald. “We have been receiving calls from people who want to join in the effort.”

Gaming is a divisive issue in Florida, where some people argue that it brings in tourists and stimulates the economy, while others argue that it’s immoral, or causes societal problems or blight.

According to a timeline from anti-gambling group No Casinos, horse racing, dog racing and jai-alai have been legal in the state since the 1930s, and bingo, since 1970. In 1988, federal law allowed tribes to offer certain forms of gaming. They began to offer video lottery games, then poker. In 1996, poker was legalized at parimutuels, too.

In 2004, state voters agreed, via a constitutional amendment, to allow slot machines in Miami-Dade and Broward counties. The Seminole Tribe was also allowed to have slots on its tribal lands. That year, the Seminole Tribe opened Hard Rock Hotel & Casino resorts in both Tampa and Hollywood.

Altogether, the tribe now has six gaming facilities in the state. In 2010, the tribe was allowed to exclusively offer certain card games like blackjack, and Las Vegas-style slot machines, in exchange for paying the state $1B.

In 2011, Asian casino giant Genting bought the Miami Herald’s former building and adjacent land and floated plans for a massive $3B casino project. The casino project has not obtained approvals to move forward.

Friday’s deal, if approved by the Florida Legislature and the U.S. Department of the Interior, would allow the Seminole Tribe to be the exclusive operator of digital sports betting for the next 30 years. The tribe would pay the state at least $500M per year for that exclusivity for five years. It could also allow the tribe to offer roulette and craps.

The deal would allow racetracks to stop racing, yet still run game rooms, and allow licenses for slot machines to be transferred within Miami-Dade and Broward counties. That could allow Florida billionaire Jeffrey Soffer, who bought the Big Easy Casino in Hallandale Beach, to move his license to the Fontainebleau Resort on Miami Beach, though city leaders there have been opposed to expanded gaming.

Eric Trump told The Washington Post last month that the Trump National Doral golf resort could be turned into a gaming facility, too.

“Many people consider Trump Doral to be unmatched from a gaming perspective — at 700 acres, properties just don’t exist of that size and quality in South Florida, let alone in the heart of Miami,” he said.

However, in 2018, Florida voters approved a constitutional amendment — largely bankrolled by Disney — that requires voter approval of all new games. No Casinos had pushed for that amendment, and it is gearing up to oppose the new gaming plan in court. Codina is part of that group.

The state legislature will meet in a special session that starts May 17 to consider enabling legislation for the new gaming compact.

Separately, the owners of the Magic City Casino are set to open a jai-alai fronton and card room on Biscayne Boulevard in Miami’s trendy Edgewater neighborhood. Major Miami developers including Related Group Chairman, CEO and founder Jorge Perez had fought it in court, but following litigation and a settlement in March, it is set to be developed by Russell Galbut’s firm, Crescent Heights.

Friday’s gaming deal comes as Miami is grappling with its future direction. The city of Miami is angling to become a tech and cryptocurrency haven. Miami Beach has been seeing an influx of wealthy residents, but it is also fighting off a reputation for tackiness, gunplay and out-of-control partying in its entertainment district.

The leaders of Art Basel, a contemporary art fair that comes to Miami Beach every winter, wrote in a letter to DeSantis that the expansion of gaming could “rapidly reverse the area’s reputation as a cultural epicenter of the Americas.”

“They may have extremely tragic consequences for the regional and global security,” Zakharova said.She pointed to the delivery of weapons to Ukraine … END_OF_DOCUMENT_TOKEN_TO_BE_REPLACED

HP’s revenge? Former boss of Autonomy Mike Lynch is to wait a week to find out if a decision about his extradition to the US can be delayed The former … END_OF_DOCUMENT_TOKEN_TO_BE_REPLACED