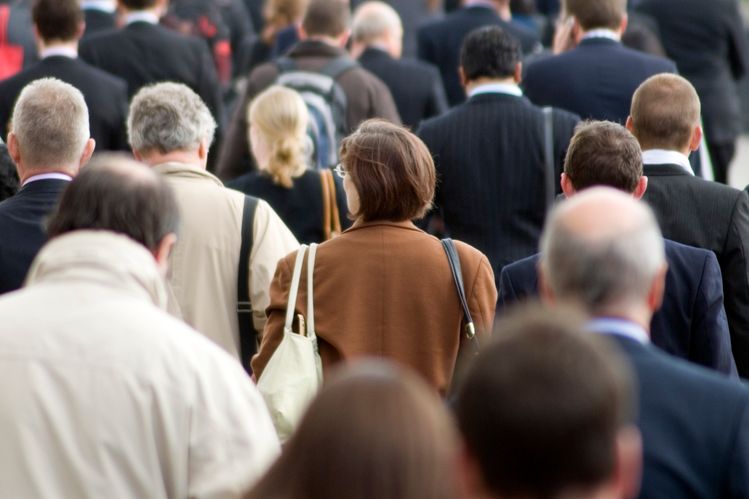 The proportion of women in the highest paying financial services roles has ticked down.

Analysis by payroll data company Spktral provided to Financial News shows that for the 2020/21 reporting cycle, the proportion of women in the lowest pay quarter across financial services and insurance companies rose to 59.3%, an increase of 1.3 percentage points.

The data will fuel further concerns about how women across the workplace have been disproportionately impacted by the pandemic, with the phrase ‘shecession’ coined to describe an economic downturn that has left millions more women worse off.

Since 2017, employers with more than 250 staff have had to report their gender pay gap – the difference between the average earnings of men and women across a workforce – to a government portal.

The data for the Spktral analysis aggregated the submissions of some 223 firms in the financial services and insurance sector, and is based on the snapshot date of 5 April 2020. Under UK government reporting rules, that data was due a month ago, on 4 April.

While the Equality and Human Rights Commission has given a six-month extension, out to 5 October 2021, until it takes enforcement action, Spktral business development executive Heather Williamson noted that only just over 50% of financial services and insurance firms have submitted so far, given that some 453 did so in the previous reporting year.

“For the report due 4 April 2022, organisations should already have everything they need to start preparing their analysis and report, yet some are still looking at last year’s report,” she said.

“Our whole thing at the moment is that we should not be focusing on the pay-gap percentage, boiling a whole organisation down to a single figure, which can be unhelpful,” she said. “Representation is more important than the pay gap. Even with companies that have, say a 60/40% split of women, you have to ask: Why are only 15% of them in the top 25% [of earners]?”

“We do see people discounting gender pay-gap reporting, but [women] are still not getting into the leadership part of the company. That’s what we’re up against. If we can get more people thinking about representation as well as just the pay gap then that’s definitely a new angle.”

Bev Shah, founder of industry diversity group CityHive, says that she has heard anecdotal accounts of women in middle-management positions stepping back from their roles during the pandemic.

While there has been great growth in diverse City apprenticeship and graduate recruitment schemes, such as 100blackinterns and Investment 2020, Shah said not enough attention has been paid to career progression once women join firms.

“Firms are just focusing on entry-level positions,” she said. “Interns and grad schemes are all great, but there’s not a lot of action happening in the middle because you can’t grow that pool organically. We’re talking about experienced people; there’s no magic tree of women to pick from.”

“Firms don’t want to focus on what they need to change structurally to keep those people on. You can bring in a million but if you don’t keep them, nothing is going to change.”

Aggregate data is a starting point, Shah says, but has to be “a stick to hit people with” to inspire action.

“If people don’t take action it will start to show.”

The Spktral data shows that entities within Barclays, RBC and HSBC have the highest median pay gaps in the sample.

Barclays said that the figures applied only to its head office entity, which employs a small number of people. The bank declined to provide a headcount figure, however.

RBC also said that the figures were not representative of RBC in the UK as a whole because they relate to one entity only.

“We have made our commitment known through our Women in Finance Charter pledge of having an initial target of 25% female representation in senior roles across the British Isles by 2025,” a spokesman said. “At the entry level we are committed to sustaining gender parity for our graduate intakes while at the senior level we have committed to female representation on the decision-making process for all new hires and promotion boards.”

An HSBC spokeswoman says that the figures for HSBC Bank relate to an entity with around 2,000 staff, but this is a smaller sample that its largest UK entity, HSBC UK, which has some 20,000 employees.

HSBC UK  has a mean pay gap of 32.9% and a median pay gap of 20.2%, which it said is “more comparable to UK domestic peers” in its latest gender pay gap report.

The University of Plymouth, the AHSN Network and Boehringer Ingelheim, has launched evidence-based recommendations to drive inclusive digital health … END_OF_DOCUMENT_TOKEN_TO_BE_REPLACED

This year’s Rising Stars of Private Equity has been published at a time of great uncertainty for the sector, as the young professionals on our list … END_OF_DOCUMENT_TOKEN_TO_BE_REPLACED

If you know of local business openings or closings, please notify us here.PREVIOUS OPENINGS AND CLOSINGS· Air Products and Chemicals Inc.'s chosen … END_OF_DOCUMENT_TOKEN_TO_BE_REPLACED